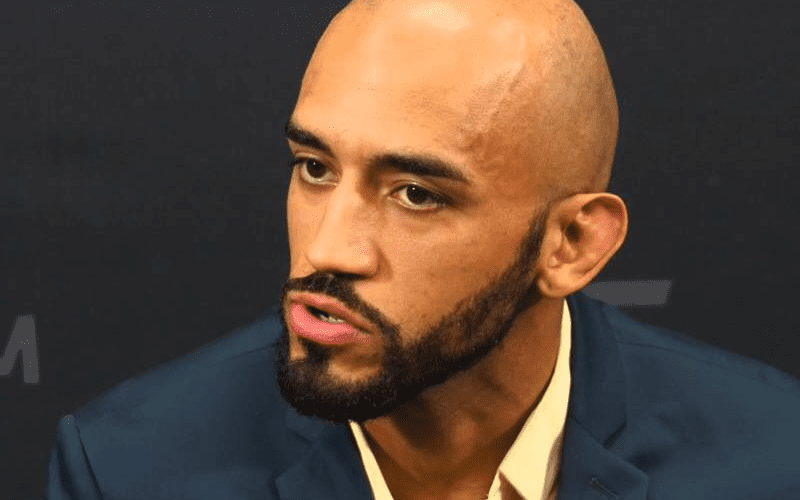 Mike Jackson’s future with UFC still remains up in the air as he has not received any official word about his future with the company.

While speaking with MMA Junkie Radio, Jackson revealed that the company still has him on timeout.

“He’s still got me on timeout,” Jackson said.

Jackson’s timeout occurred due to Dana White’s interpretation of Jackson’s fighting style during his shutout win over CM Punk as clownish.

“Michael Jackson, I’m not happy with. This guy was acting like a goofball tonight. You get this opportunity to come in and fight CM Punk, and you’re doing like bolo punches to the body…never looked like he was trying to finish the fight ever. It looked like he could have finished the fight a few times, never tried. I don’t know what that guy did for a living before we gave him this shot, but whatever it is, he needs to go back and do that again. He’s 0-2 as far as I’m concerned.”

Jackson responded to the criticisms from White and fans by pointing out how one-sided a victory his win over Punk was.

“I sent the dude to the hospital. It was 30-26 on all scorecards. People called it a bad fight. I went back and watched the fight, even without commentary, and I was like, ‘This wasn’t a bad fight. Now, there are some things I would have done a little differently, but the overall game plan would have been the same. All the people hating, they’ve got to stop.”

Jackson is interested in a fight against Artem Lobov, however White has already struck down the possibility of that fight happening.