X-Pac thinks Robinson will be back in WWE at some point in a featured spot, if he chooses to do so. Robinson says a lot of people have been saying that lately, but he’s very happy in NJPW right now. He doesn’t see any ceiling in NJPW right now and he wants to continue to work his way up that ladder. X-Pac predicts an IWGP Heavyweight Championship run in Robinson’s future if he stays the course in NJPW. 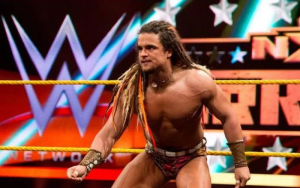 Robinson admits that Jay White’s success is a huge motivating factor for him. They came up through NJPW’s dojo together and although they really like each other, they’re definitely rivals as well. He calls it a healthy competition.

Robinson comments on the spot during his recent match with White that injured Jim Ross. He heard the crowd pop after taking a suplex onto the guardrail and although he knew the spot was cool, he didn’t think it would garner that type of response. When he looked up he saw that Ross had been knocked over and he saw Josh Barnett get in the ring, chasing White. He didn’t know what to think of that and he wasn’t sure how it was going to end. Everything considered, he thinks Josh’s decision actually added to the drama of the match.