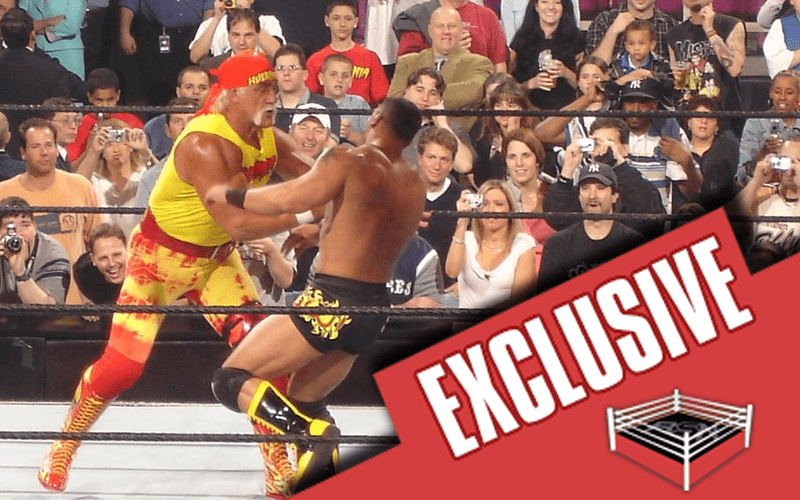 I recently got the chance to speak with Muhammad Hassan via phone interview exclusively for Ringside News. Hassan commented on Hulk Hogan’s recent reinstatement into the WWE Hall of Fame and working with him in the past. Below are a few highlights from our conversation.

Hassan on working with Hulk Hogan:

“I loved working with him, he was great. He was very very cool, very relaxed, he was warm. I remember working with him, oh it must have been Boston, or maybe it was New York, but I was on with him on Hogan Knows Best because he was kind of making a comeback and it was against us (himself and Shawn Daivari). I remember him coming up behind me, going, “Hey brother,” picking me up. He’s a big dude. He was just awesome to work with.”

Hogan’s reinstatement to the WWE Hall of Fame:

“I saw he got reinstated, and I cannot stress how that speaks volumes of Hulk Hogan for who he is as a wrestler, and an entertainer. In WWE, the ratings are dropping, and I feel like their looking at Hogan again to kinda spike them. That says a lot because he’s been doing this for what 30-40 years now and he’s still a ratings machine. You put him on t.v and people are going to watch.”

Hassan on Hogan coming back to Raw tonight:

“If he comes out tonight (on Monday Night Raw), I guarantee you that every 50 year old in that arena are going to be like a ten-year-old fan girl crying and cheering for Hogan. It’ll be really cool to see. I know he had some controversy in the past, but I think he’s through and over it. I’m curious to see what they do with him.”

You can listen to the interview embedded below.

(When using quotes or audio be sure to credit Lee Walker III and Ringsidenews.com)