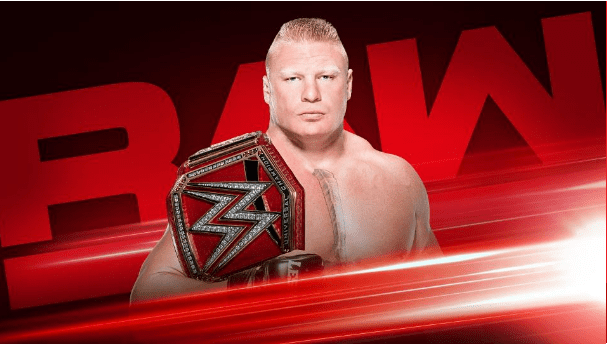 Extreme Rules was last night and… it sure was something that happened. It was a strange PPV that felt more like two episodes of Raw and SmackDown Live smushed together; matches were short, screwy finishes, and backstage segments. It certainly didn’t give fans any new reason to care about the product after considering the last few months of lacklustre TV. Regardless, that’s behind us now and tonight is a new start.

So the big news of tonight’s Raw is most certainly Brock Lesnar. Last night Kurt Angle issued an ultimatum to Brock: come to Raw and negotiate a title defence, or you will be forced to vacate the Universal Championship. Our next big PPV event is SummerSlam and Brock is scheduled to wrestle at the show, so you can rest assured Brock will accept a match. Lesnar’s title reign has went from fine to abysmal these last six months, and everyone is clamouring for it to end. Not all of that is Brock’s fault either, much of the blame needs to be squared at creative, who can’t figure out a more entertaining program than Lesnar Vs. Reigns, or no Lesnar at all. It’s been a problem for a long time and everyone is just tired of it, SummerSlam can’t come soon enough.

On last night’s show, Seth Rollins lost to Dolph Ziggler in a chaotic Iron Man match. The match itself was fine, albeit weird booking to have Rollins go 3-0 up early, then pull out every stop to grab a fourth fall. However the fans really ruined any chance the match had at being good by counting down with the clock and making a buzzer sound like at the Royal Rumble. I love a rowdy crowd, they can make a good match amazing, however hijacking the show and disrespecting the Superstars is just annoying for the viewers at home. Regardless, Rollins lost again and, even though it was via sketchy means, I don’t think he should challenge Dolph again. The feud is fun but I want Seth to move up the card.

Ronda Rousey was in attendance last night at Extreme Rules but she ditched her happy fan persona, hopped the barricade, and attacked Alexa Bliss and Mickie James. Rousey’s 30-day suspension is still in effect, so Kurt Angle may very well add to that suspension tonight. That said, Rousey will surely be Bliss’ challenger at SummerSlam but that isn’t until next month, so perhaps another 15-30 suspension isn’t out of the equation.

We have new Raw Tag Team Champions, Kevin Owens almost died last night, and Bobby Lashley defeated Roman Reigns. Those are the major headlines coming out of last night’s show and you’ll learn about the fallout tonight. Remember to join the conversation by downloading the Ringside Talk app and following us on Instagram. Enjoy the show!

News Tip
wpDiscuz
81
0
Would love your thoughts, please comment.x
()
x
| Reply
You are going to send email to
Move Comment