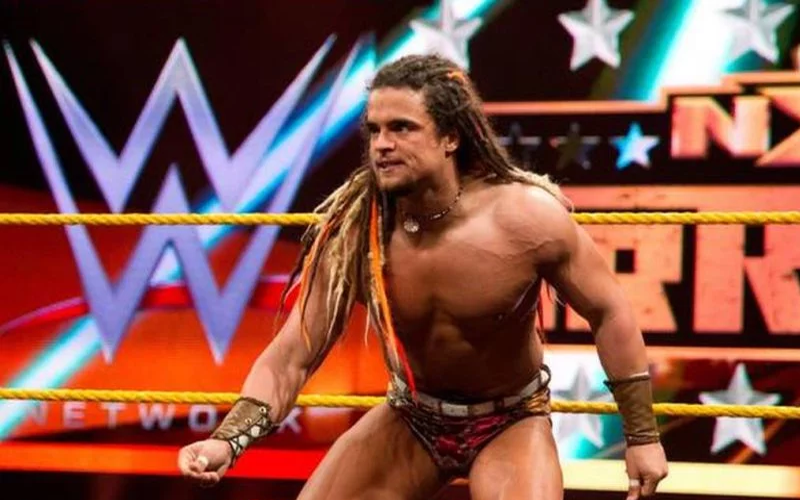 NJPW star and former WWE NXT Superstar Juice Robinson, formerly known as CJ Parker, has come forward to describe how his experience in WWE’s developmental brand was, who he would like to face in the current WWE climate and how things are different for him in Japan as opposed to America for NXT.

Speaking to Uproxx, Robinson had a lot to say about his current and former companies. While in NXT, Robinson was primarily used as an enhancement talent, with his most notable appearance being the opponent Kevin Owens faced in his debut. Meanwhile, Robinson is the current IWGP United States Champion in NJPW and is a beloved and prominent member of their roster.

Based on these very two distinct differences, Robinson was asked by Uproxx how things are different for him in Japan when reflecting back on his time in NXT.

“That’s a good question. Well, when I was in NXT, I was kind of like a heel, so I would sell a little differently and be a little goofier, maybe a little more cartoony, when I was being beaten up, and now as a babyface in Japan, I’m really trying to connect with people. I want them to feel the pain, so it’s like I’m not trying to make them laugh, or I don’t want them to think that what I’m doing is funny. I’m trying to make them forget, and actually, think that I’m hurt. Sometimes I actually am. I’m just wrestling a totally different style now based on that alone, babyface and heel… I think being a babyface in WWE might be one of the hardest things in wrestling right now. Holy cow. I mean, Roman Reigns, he’s excellent, but… no, I couldn’t do it.”

With respect to his time in NXT, Robinson explains how being in that environment didn’t help him- but rather caused him to feel sad and have negative emotions. He knew he needed to get out and pursue another avenue in the wrestling industry, and he has now done just that.

“You know, I loved NXT. Just, I just knew I was dead in the water, so I had to get out. So it wasn’t that it was bad, it was I turned it bad because I got sad. You know what I mean? So what was happening to me on a daily basis… it wasn’t like I was going home every night and crying in my room. I was still having fun and getting along with the coaches and the guys, and having fun at shows and stuff, but I just knew that CJ Parker was never going anywhere, so then I started to have negative feelings… just the whole thing, just my life, so I had to make a change, and now everything’s great. But yeah, NXT was fun. It’s a lot of fun. You work really hard there… For a while there it seemed like anytime we were… trying to lighten the mood, it was like, ‘Hey, get back in line!’ It was a little militant there for a while, and everybody knows about that. But they’ve got a good guy there now, and everything’s really – I think it’s fun again. It’s good to hear. But I’m having more fun, so, haha.”

Finally, Robinson comments on which WWE Superstars he would like to face. However, Robinson also flips the script and insinuates all these matches against WWE stars would happen in NJPW- at places such as Korakuen Hall.

“Right now? Okay, this is fun. God, there’s about twenty-five I’d want to wrestle right now. They’re all really good. I think I’d want to wrestle Braun – however, they call him now, Braun Stowman or Braun Strowman. I want to wrestle him at Korakuen Hall, him as a bad guy, me as a good guy, hopefully. That match. I want to do that match. That would be awesome. Because he’s so damn good at things that he doesn’t even know he’s good at, and that’s what I love about watching him. You can see he’s still green, but, man, he’s really good at some s–t that some people never figure out. You know what I mean?

“Same with Brock Lesnar. I love watching those guys… Brock Lesnar could do anything at any second. He could grab a guy and just slam him through the f*ckin’ ring, through the floor, you know what I mean? Anything could happen with Brock Lesnar… He has this unpredictability about him, and I feel the same way about Braun Strowman. He could do anything… it’s awesome. So him, and then I’ve got to wrestle Seth [Rollins], obviously. And, f–k, Kevin [Owens], but I would love to get beat up by the Revival in a tag match too. That would be awesome. That would be great … Tagging with Roman Reigns would be cool.”

Are you a fan of Robinson? Did you think the CJ Parker character he played in NXT could have been successful? Sound off in the comments below.