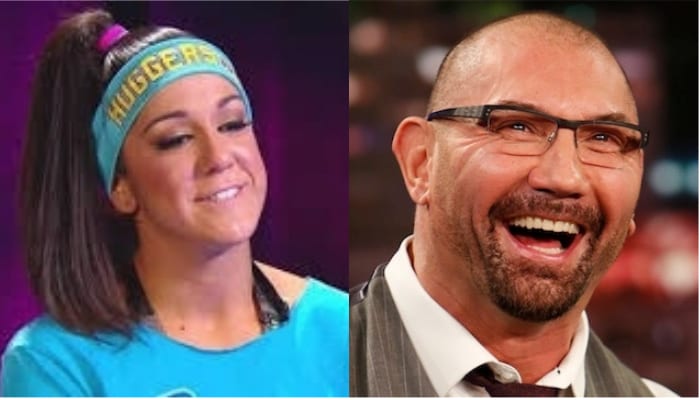 You never know where Batista will pop up next. He’s obviously not left the WWE Universe even though he’s concentrating on a movie career.

Drax The Destroyer recently notice a picture of Bayley that was taken during a live show. It was a side shot of The Hugger and The Animal couldn’t keep from commenting about her full backside.

“Damn! Bayley’s got a kadunkadunk! Good for her! Git it girls!!” Batista commented on Instagram like he thought he was invisible. Obviously, we caught this and so did several other people.

It just goes to show that you never know who is appreciating you until they comment on social media. 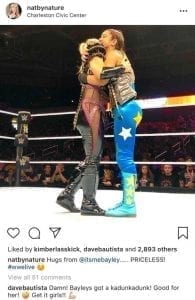