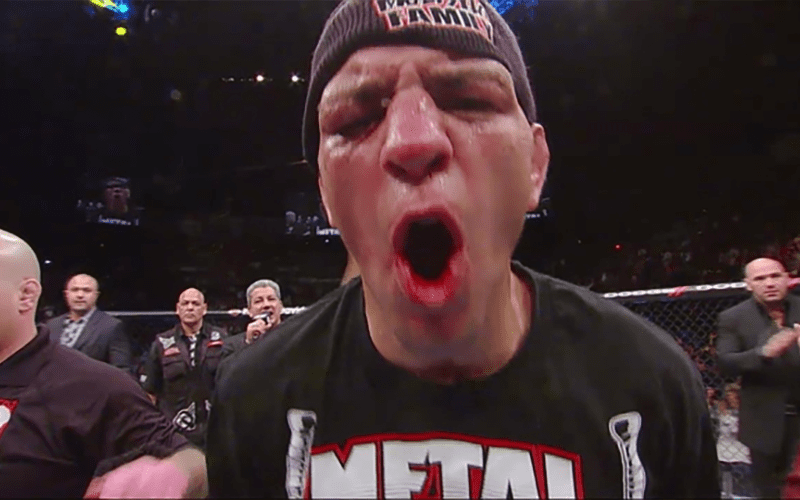 The UFC Fighter went on Instagram and vented his frustrations by mentioning that he should have that fight with Cormier instead of “dick chest” Brock Lesnar’s cheating ass.

“[Dana White] should give me this fight instead of dick chest Brock Lesnars cheating ass #dontbescaredhomie. Nothing personal I love Dc but I don’t like what he does-constantly embarrassed for him and the sport.”

Diaz then seemingly took a shot at Cormeir’s angle at UFC 226 with Lesnar, where Lesnar shoved Cormier after his victory that night.

“I started doing MMA because it’s not WWF and I’ve never put on A bs act in my life I’m sure fans would like to see a real fight.”