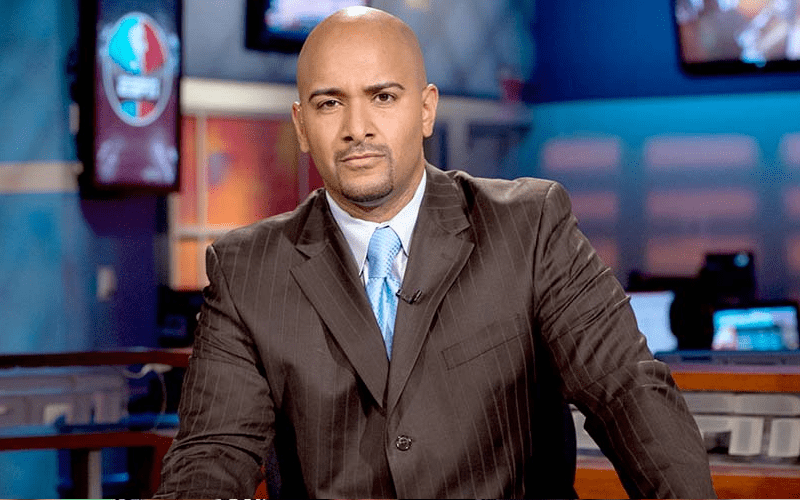 Jonathan Coachman returned to RAW this year. In his time away from the company, Coachman achieved much success with ESPN and became the host of their SportsCenter program. Following the announcement of WWE’s new television deal for SmackDown Live on Fox, Coachman took to Busted Open Radio to provide his thoughts on the matter.

Coachman is of the belief that alongside the rest of the team at ESPN, he helped push WWE further into the spotlight. This would ultimately lead to the deal Fox has now with the company.

The RAW commentator had the following to say:

“We just got given credit by the President of the company [WWE] to wall street for helping facilitate this Fox deal. So they took our content that we did every single week on Sportscenter…they took that content. They took it to Fox. They had meetings with ESPN. And they said ‘Oh, I can’t believe that they are having wrestling content on our beloved SportsCenter…’ After that shock value wore off, they came to it in droves. They started an entire website that still lives today. Because of that, and I’m not saying it’s the entire reason but it’s a big part of the reason that this billion dollar deal was done because Fox executives looked at what we did at ESPN and said ‘Imagine what can happen if you have a partner instead of just a platform.’ That is why I’m so excited about what Fox can be and what we can do for the fans. We have the opportunity now to be with a huge company- a huge media company and they took what we did and they said ‘We can make it bigger. We can make it better. And we can make it reach more fans the world over.’ That is how it happened. “

Additionally, Coachman claims he had to get into multiple fights and pushed the envelope to ensure things WWE-related went down. He assembled a crew with four others, who called themselves “Coach’s Crew” to help work on WWE-related content.

You can hear more from Coach below.

"Imagine what can happen when you have a partner instead of just a platform."#WWE #RAW Commentator @TheCoachrules on how ESPN & SportsCenter coverage helped facilitate the FOX $1 Billion deal for #SDLive pic.twitter.com/h6dHuZYXtx

What are your thoughts on this? Do you believe Coachman aided in the Fox deal? Sound off in the comments below.

(Please credit Ringside News if any quotes are used.)