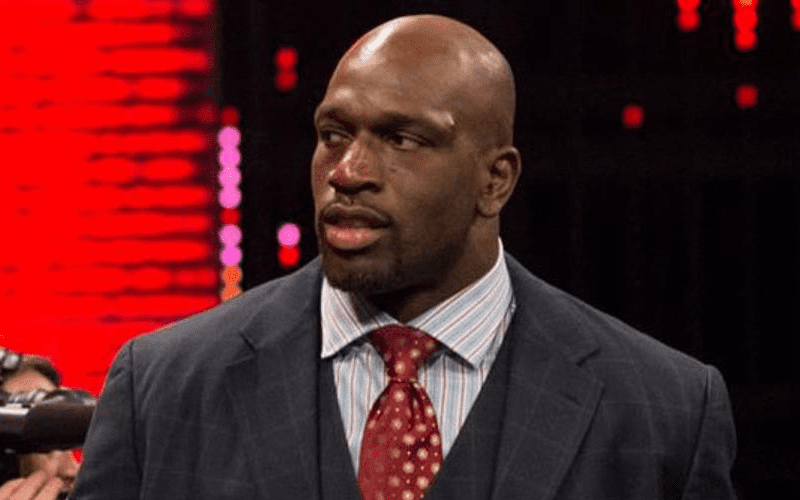 Titus O’Neil filed a counter-suit against cameraman David Anderson who is suing him and WWE for an incident that occurred on WWE’s show “Swerved” back in 2015.

According to PWInsider, Anderson filed suit against O’Neil and the WWE in the state of Florida in April. Anderson claims O’Neil got extremely angry when he was shocked by Paige with a cattle prod and ended up kicking the camera out of Anderson’s hand, which injured him in the process.

O’Neil’s is counter-suing for $15,000, which is the same amount as Anderson’s suit. The suit alleges conspiracy to commit battery, negligence, intentional infliction of emotional distress and several other charges.