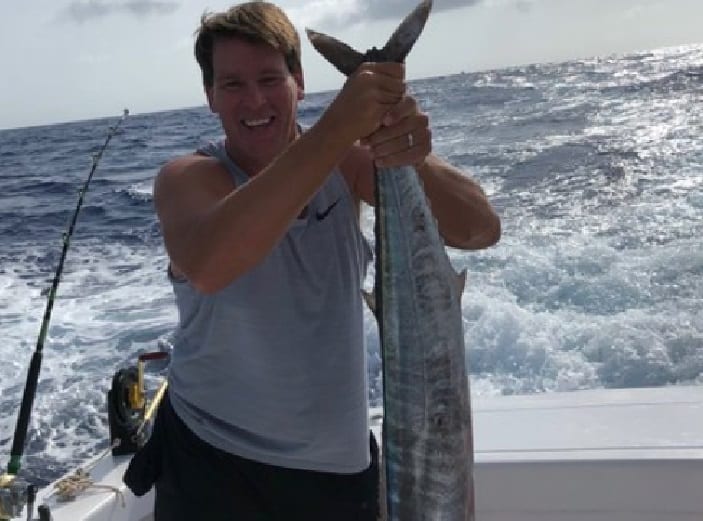 Bradshaw isn’t on WWE television every week but it’s okay because he’s still doing well financially and has been for quite some time now. After all, he’s very smart about his money.

JBL is also quite an outdoorsman as well. He recently spent some time fishing and he railed in a whopper.

We’re not sure if JBL caught and released this bad boy or not but it’s suitable for mounting or a good mean. Let’s just assume he let it go because I don’t want to offend anyone.

You can check out the picture below and let us know how good you think this fish tastes.

Great day in the water in Bermuda. pic.twitter.com/BbFxxjN6Y0