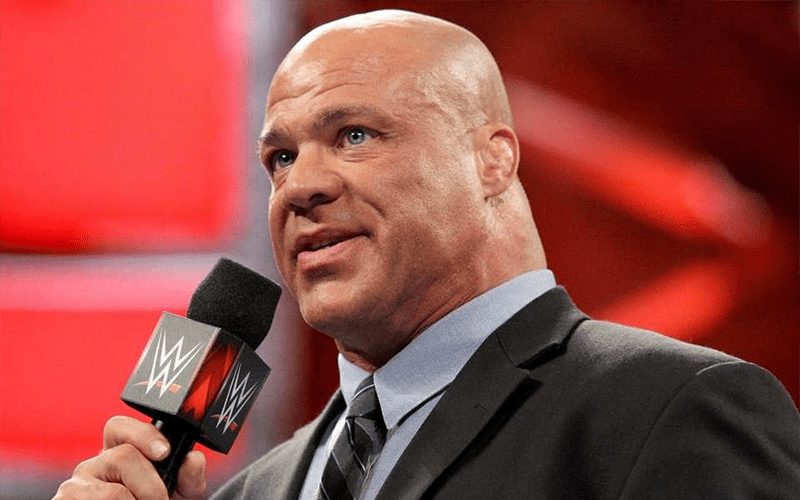 RAW General Manager Kurt Angle finally made it back to WWE last year, taking over for Mick Foley as he entered the WWE Hall of Fame. After finally returning to the ring to join Seth Rollins and Dean Ambrose in defeating The Bar, Braun Strowman and The Miz, it seems the Olympic Gold-Medalist is itching for yet another match. This time though, he has an opponent in mind.

Angle recently held a Facebook Q&A session where he responded to a number of wrestling fans interested to know his thoughts and opinions about the business.

One fan asked Angle if his dream match would be with Kenny Omega if the widely popular NJPW star ever decided to come to WWE. Angle would respond, claiming he has three dream matches and one of those is against Omega.

“Seth Rollins or AJ Styles. I’d love a shot at Kenny as well. I have a list of dream opponents that I would like to compete against. These 3 are on the list.”

This is an interesting choice for Angle. The general dream match fans ask for from Angle is to face Daniel Bryan. That match is now possible, given both men are cleared to compete.

Of the Superstars mentioned, who would you be most excited to see face Angle? Do you want to see Omega make his way to WWE? Sound off in the comments below.