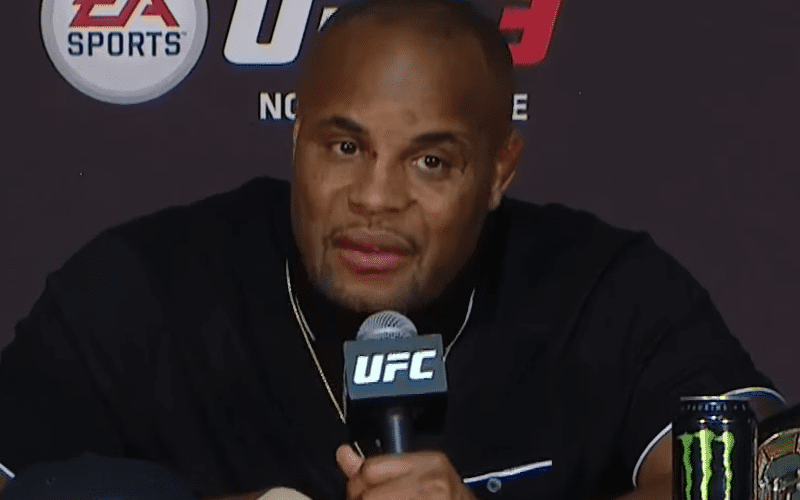 As seen at Saturday’s UFC 226 event, UFC Light-Heavyweight Champion Daniel Cormier stepped into the Octagon at Heavyweight class to take on Stipe Miocic in the main event. D.C. would emerge victorious with a first round knockout, and become duel champion, cementing his legacy for his double-weight class accomplishments.

Post-fight, the WWE Universal Champion Brock Lesnar stormed the BROCKTAGON (you’re welcome) and shoved Cormier, possibly setting up an angle for a future fight. However, with Lesnar’s testing in the USADA pool in the works, who knows when we could possibly see this potentially high-selling bout.

Unless of course Cormier is considering doing a WWE match, which according to his post-fight press conference, is something he’s willing to do to tangle with the Beast.

Hey, ‘staged, they’re idiots.’ Fine. Stay broke. You got a guy like Brock Lesnar in front of you and you don’t go crazy on him? Are you crazy? When Brock decided to step in the Octagon with me… he’s a pro wrestler, he does fake fighting. So I’ll do fake fighting with you until I put my fist upside of your face. I’ll do fake fighting with you, Brock, and then I’ll punch you upside your head. So, yeah, yeah, you guys call it fake online, I see a bunch of fighters ‘oh, it’s so fake, I don’t want to watch this.’ Tune in and keep lacing my pockets. You guys gotta get on board. These guys get on the microphone after their fights and say ‘yeah, it’s whatever the UFC decides.’ Okay.

If they wanted me over there, I’d go over there. I’d go beat Brock in a wrestling match. Maybe they’d do us a shoot match, put us in singlets and see who wins. And I can go major decision him or something, or maybe pin him.

Watch the entire press conference below.