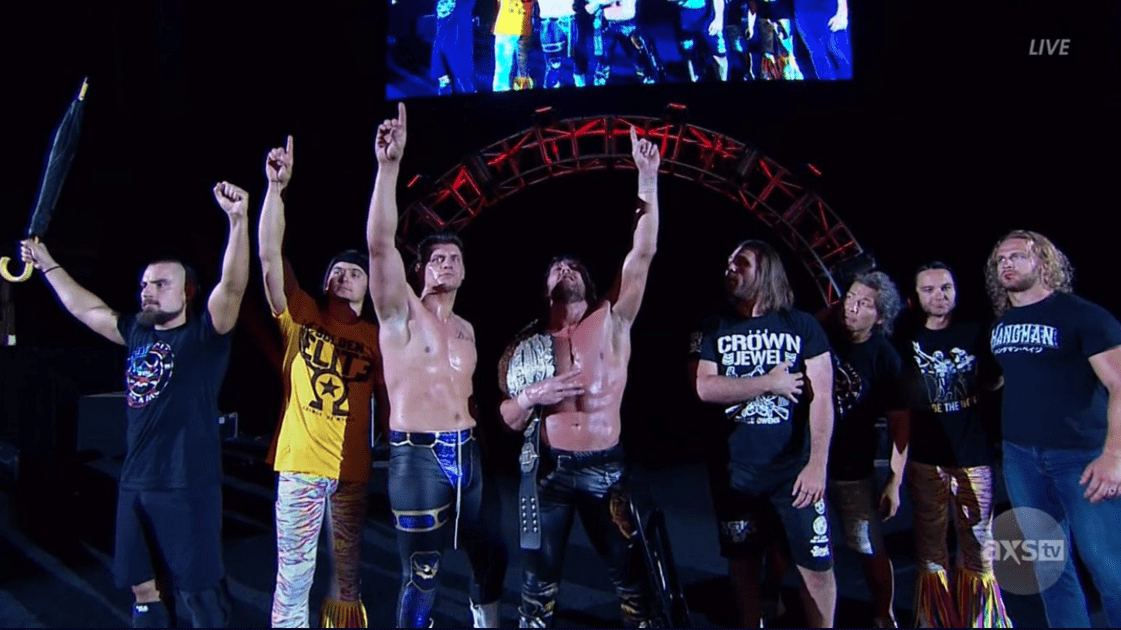 After Kenny Omega defeated the American Nightmare Cody Rhodes to retain the IWGP Heavyweight Championship, everyone had assumed that the internal conflict amongst the Bullet Club was finally at rest. Cody and Kenny themselves said that this would be the last time they tangle, and the winner could claim themselves as the leader of the faction. Afterwards, club members Tama Tonga and Tanga Loa (Guerrillas of Destiny) and their father King Haku met up with Omega and the Young Bucks to celebrate together as a unified group.

THAT’S WHEN THIS HAPPENED. (Special thanks to Italo Santana for providing the Twitter Gifs)

Tonga and Loa would put a vicious beatdown on the Golden Elite that stretched back to the ring.

Haku would join in on the action as well.

Other members like Marty Scurll, Chase Owens, and Hangman Page would come out to help, but they kept getting outmatched by the powerful Tongans and the numbers game. Eventually, Cody would come back out as well, and was offered a chair to join in the beatdown. He instead decided to help Kenny and the Bucks…and for his actions…took a beating as well.

The ring looked like this when it was all said and done.

The Bullet Club is split down the middle from some of its original core members, and the newly established “Firing Squad” (According to these new T-shirts) sect of the BC is now formed. So many questions: Where does Bad Luck Fale stand? Is Tama Tonga the new leader?

With all of the questions that this left us with, one thing is for certain, the Elite are back on good terms, including….CODY AND KENNY! 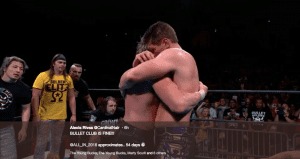