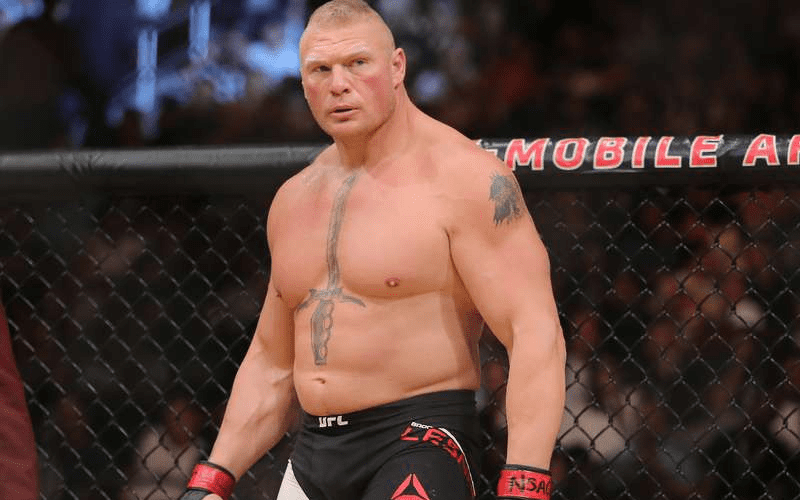 Brock Lesnar showed up at UFC 226 and got in DC’s face in a big way after he was invited into the Octagon. Lesnar shoved Cormier and got their angle going in a big way. This might be MMA, but the closing part of UFC 226 had to have been planned, because it worked so perfectly.

Lesnar grabbed the microphone and cussed up a storm while challenging the UFC Heavyweight Champion. Now it looks like he’ll be back for another fight against Daniel Cormier.

Dave Meltzer discussed all he could assume at this point about Brock Lesnar’s contract during Wrestling Observer Radio. He said when he asked on the 30th of June, Lesnar hadn’t re-entered the USADA testing pool but it looks like it very well could have done it at the last minute because another UFC fight is going to happen.

Dana White said he didn’t know when DC vs Lesnar would happen but Meltzer broke down when this fight could take place.

“So he put himself in the drug testing pool. He can’t make the November [UFC] show.I don’t think he was in by [May 25th to make the November UFC show] because we had people checking if he had entered a couple days before the 30th and he had not entered.”

“So he may have entered on the 30th but as of a couple days before the 30th he hadn’t. I don’t see him doing the 25th Anniversary show. I know that when I talked to people at UFC earlier in the week the idea was definitely for the December 29th show.”

He noted that he didn’t know who would be on the 25th Anniversary of UFC show on November 25th. But it probably won’t be Lesnar. Even though Bryan Alvarez said he’s heard people promoting Lesnar in November in MSG for the UFC.