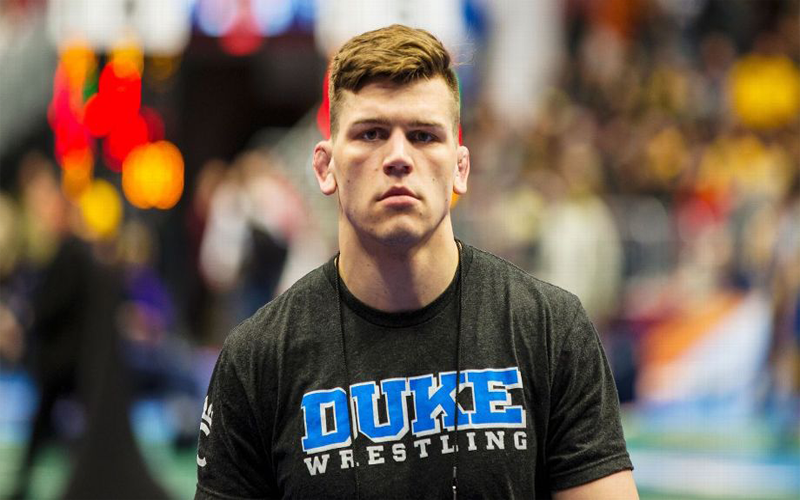 The latest WWE tryout is packed with talented individuals, such as a number of former Impact Wrestling stars. However, the standout performer from this group surpassed all others and is being likened by some to have the same qualities as John Cena has.

According to the Wrestling Observer Newsletter, Jacob Kasper is the man leading this group of hopefuls. Officials are reportedly high on him, noting that he possesses the qualities present in 16-time World Champion John Cena.

Kasper wrestled as a small heavyweight athlete at Duke University. he as ACC Champion and placed fourth in the NCAA tournament. He has trained in MMA and AKA with prominent fighters such as Daniel Cormier, Luke Rockhold, and Cain Velasquez.

Standing at 6-foot-3, weighing 225 pounds, Kasper has 108 career wins and placed in the 2016 Olympic Trials. If the company does go ahead with signing Kasper, there is an expectation that he is destined for big things.

Could you see Kasper as NXT Champion? Are you excited to see what he can do? Sound off in the comments below.