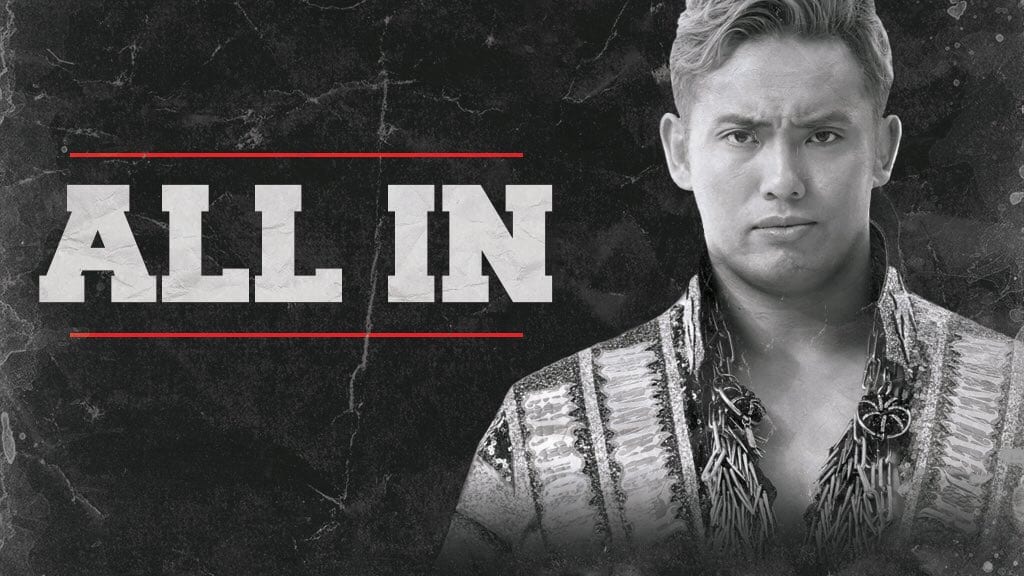 When All In sold out in less than 30 minutes it was shocking but the most surprising part was there were really no matches announced for the card. The only planned contest was Cody vs Nick Aldis for the NWA World Heavyweight Championship.

Now there is another match on the card and it’s a big one. All In is pulling in some of the biggest stars from all over the world across several promotions, now it looks like we’ll be getting another dream match.

All In recently announced that Kazuchika Okada will face Marty Scurll at All In. This announcement is a pretty big one and is the second of the day as SCU was announced to be part of All In as well.

Hopefully, they’ll announce some kind of streaming deal because this card is going to be one worth watching and we only have 2 matches so far.

The Villain -VS- The Rainmaker