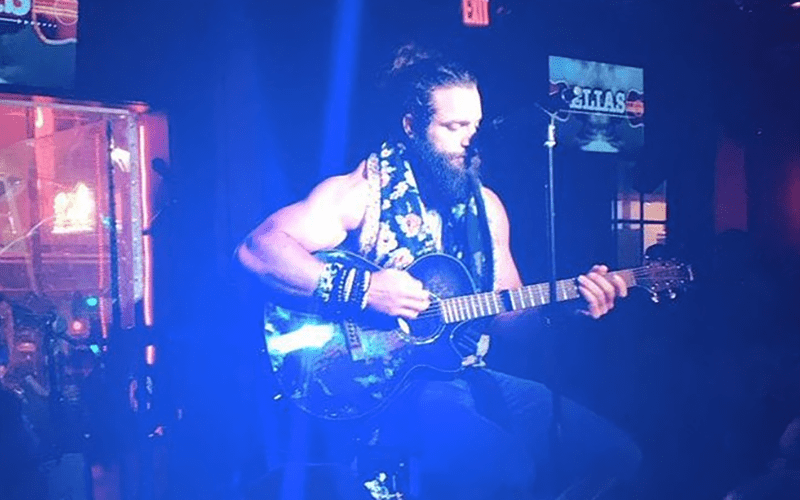 RAW Superstar Elias has graced the WWE Universe with his presence on the brand since his NXT call-up after WrestleMania 33. Since that time, the fans have collectively come together to walk with Elias. Now it seems as if a famous guitar company is ready to join in.

Elias recently took to his Instagram account to claim that Fender- a company most known for their world-renowned guitars has sponsored him. In fact, Elias also claims Fender to be his official brand.

In search of confirmation, Pro Wrestling Sheet has contacted Fender. Through their conversations, Fender revealed that they do in fact have a working relationship with “The Drifter,” though they wouldn’t elaborate further on what that working relationship means for both parties.

Fender, a company founded back in 1946 is one of the most famous guitar companies in the world. They are prominently known for their guitars, but also produce stringed instruments and amplifiers as well.

Now sponsored by one of the most famous musical companies in the world, Elias joins artists Eddie Van Halen, Pete Townshend and Eric Clapton as artists with a working agreement.

Most recently, Elias was unable to capture the Intercontinental Championship against Seth Rollins at Money In The Bank. There is some expectation that the Superstar will be turning babyface in the coming weeks, though this is still up for debate.

If any more news on the working relationship between Elias and Fender does come out, Ringside News will be sure to update you with confirmation of the further intricacies of the agreement.

Do you walk with Elias? Have you ever purchased or used a Fender product? Sound off in the comments below.