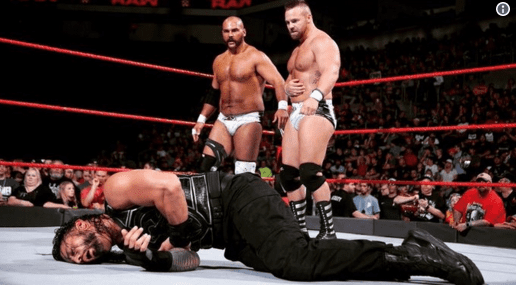 Scott Dawson and Dash Wilder may have had a string of bad luck since moving to the main roster, but they are finally capitalizing on the time given to them. That’s because for the last few weeks, the “Top Guys” have been getting the best of the Big Dog Roman Reigns, and even defeated him clean as a whistle (via roll-up) a couple weeks ago on Raw.  This past Monday Dash and Dawson laid the boots to Roman on multiple segments, and have proven that their stock is far from fallen in the red brands tag division.

Yesterday, Dawson took to Twitter to pour more salt on the wounds of the Roman Empire.

Will all this machine shattering of Reigns get the Revival the top spot in Raw’s tag division?