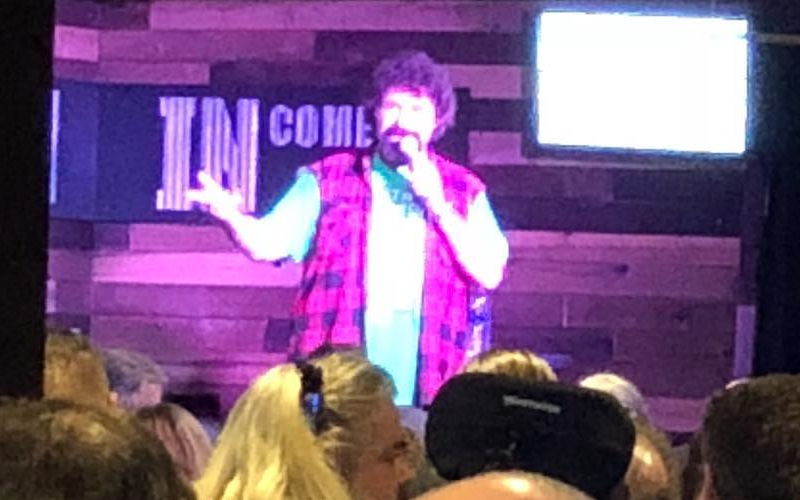 – While discussing his HIAC match, he joked about his tooth being lodged into his nose. Foley also discussed how the Hell in the Cell match was the first match that introduced tacks in the United States.

– Foley says that every single day people keep asking him, “if it hurt” in regards to him getting tossed of the cage.

– Foley explained why he had greatest Hall of Fame class.

– When asked about Vader and his passing, Foley mentioned that Vader couldn’t understand with the career he had that he wasn’t included into the WWE Hall of Fame.

– Foley was asked about his reaction when he found out he was going to win the WWE title. Foley said he didn’t think it was a good idea at all. Once he captured the title, it was an incredible night for his career especially because of all the WCW fans switched the channel.

– When asked about campaigning for Kane, Foley revealed that he showed up three days early to help Kane for free.

– Regarding Triple H bleeding at the Royal Rumble 2000, Foley says the match finish didn’t change despite Triple H being suplexed on a shard of wood that went through him. He put over Triple H for his ability to sell and help put Mick over.

– Foley closed the night by talking about his WrestleMania feud with Edge. He ended up dropping the F bomb in this segment, which we will be posting soon.