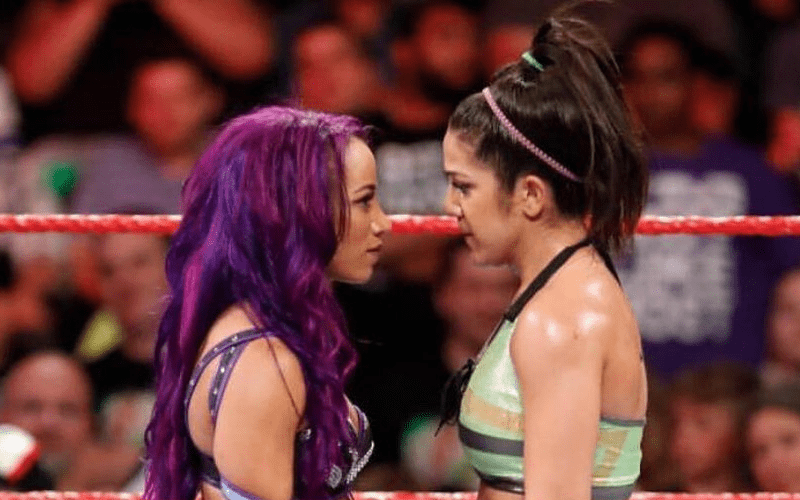 WWE has finally kicked off the long-awaited feud between Bayley and Sasha Banks on weekly RAW television. However, we may have to wait until SummerSlam to finally get showdown between these two WWE Superstars.

Dave Meltzer mentioned in the latest issue of The Wrestling Observer Newsletter that while there is still a chance the two could each other in singles action at the upcoming Extreme Rules event, the company may actually hold off until SummerSlam in August.

“The former one would think would be on the show [Extreme Rules], although it’s possible they may hold off the meeting until SummerSlam so it would take place in the same arena where Bayley and Banks had each of their career-best matches over the NXT title.”

It remains to be seen when the match takes place. With Extreme Rules quickly approaching, we should find out very soon if the company makes the announcement or not.