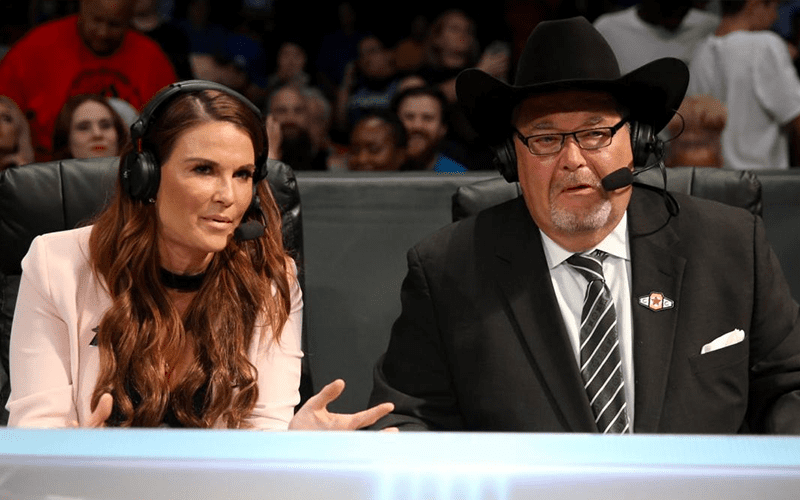 For those who were hopping they would hear Jim Ross’ vocals while watching the Mae Young Classic later this year will be sadden to find out that it doesn’t he will be a part of the announcing team.

Mike Johnson indicated on the latest installment of PWInsider Elite Audio that Ross won’t be calling the play-by-play action for this year’s show.

“There was a time when Jim Ross was the voice of professional Wrestling. Now their not even bringing him back for the Mae Young Classic it appears.”

Ross previously worked the announcers booth for the annual tournament last year alongside Lita. They ended up having to actually re-record the vocals for all sixteen matches for the creative changes.