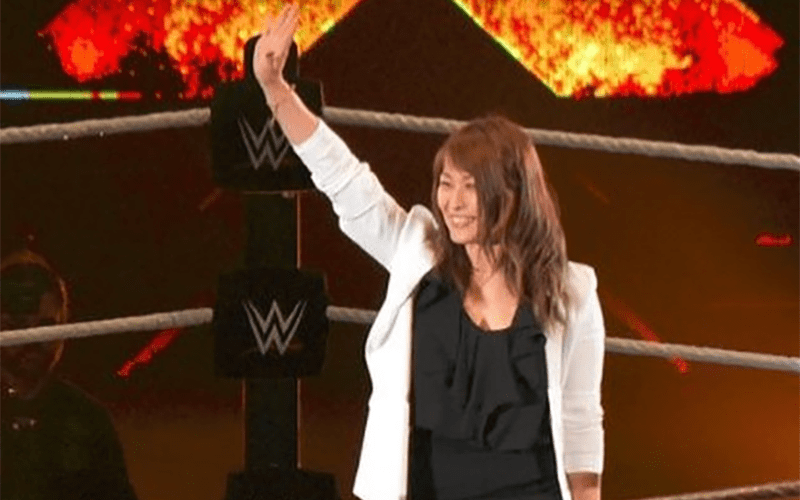 Io Shirai is on her way to WWE which likely means she’s going to NXT first because everyone goes to NXT first anymore. Her entry into NXT might come with a good amount of hype but that doesn’t mean she will have an easy time.

The former Stardom Champion has already faced Kairi Sane before and it sounds like the Pirate Princess is looking to get another piece of her former and future co-worker once again.

Bianca Belair also heard about Io Shirai coming to NXT and obviously, she isn’t worried either. Belair commented that Io will just be another indie worker that she’s better than.

It seems like Io coming in with all that attention might be putting an even bigger target on her back. Only time will tell how she will be used in NXT, but it looks like the line is forming to face her.

Just another indie girl for me to be better than… https://t.co/vYNGT2yl0f