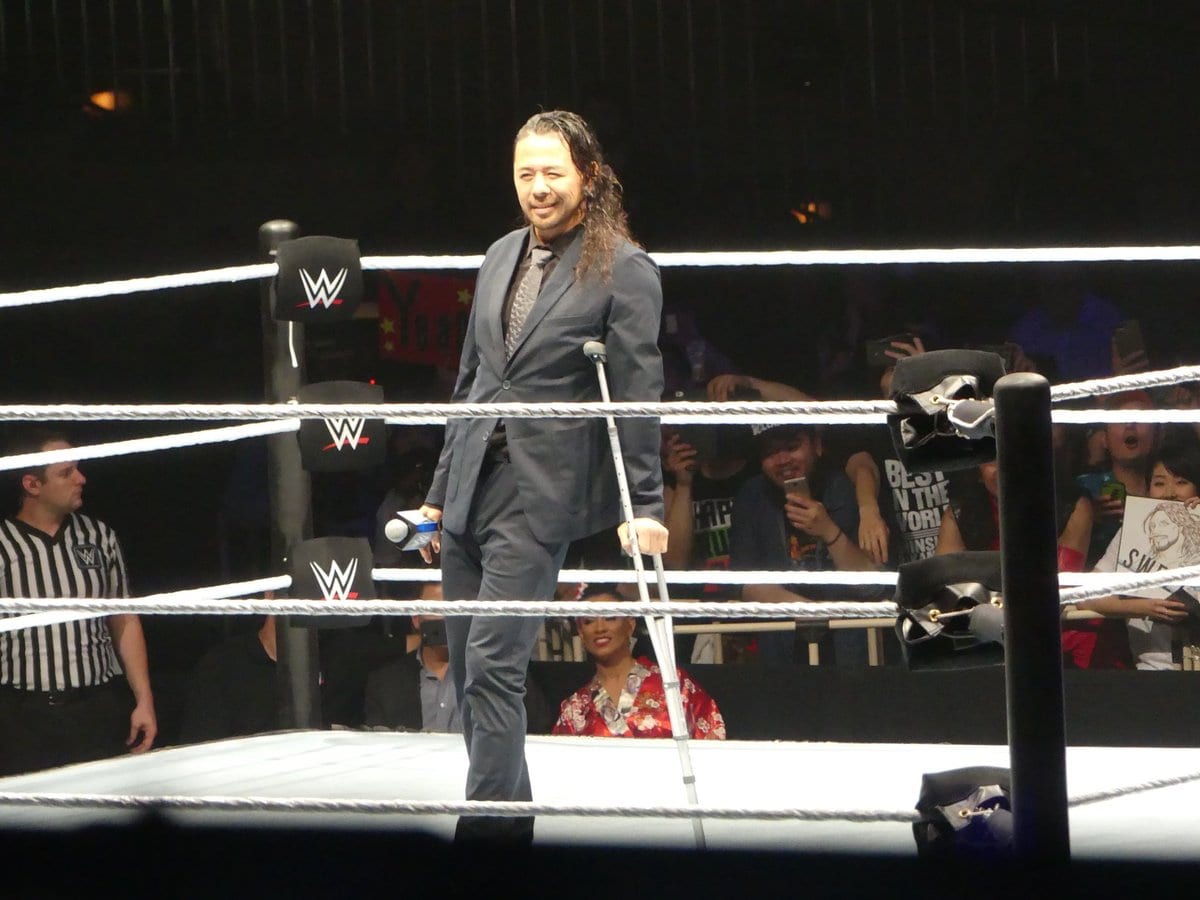 It looks like Shinsuke Nakamura made it to Japan after all but he didn’t wrestle. Instead, Nakamura was bitten by a police dog on Monday and apparently, he hasn’t been cleared to perform yet.

As you probably know Shinsuke Nakamura was bitten by a police dog as part of a bomb squad that was sweeping the building WWE was performing in on Monday. Nakamura was in the gym and apparently, the dog just bit him. There’s no word yet on whether or not there will be a lawsuit, but it’s plausible.

The important part is Shinsuke Nakamura did appear at the house show so he could address the fans in his home country. Unfortunately, he was on a crutch and might not have been walking too good because his wounds had yet to heal.

Samoa Joe came down and cut a promo on Shinsuke Nakamura and The King Of Strong Style ended up in a Coquina Clutch which is a devastating submission hold and maybe even worse than being bitten by a police dog.