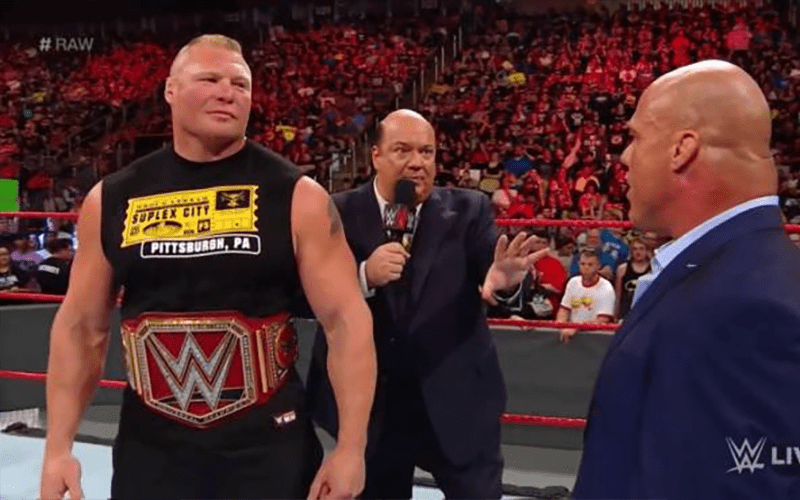 According to everyone (read: Roman Reigns), Brock Lesnar simply does not care. He only shows up to get paid, and he does not respect the fans and the business! He’s held the Universal Championship hostage for more than a year now, and he only defends it a handful of times a year. He’s the opposite of a “fighting champion.”

On top of all that, he’s now undermining the authority of the Raw General Manager, Kurt “Damn True” Angle. It’s clear that Kurt Angle needs to find a way to take the title from Brock Lesnar if he wants the respect of his locker room. Here are a few ways he can do this.

crown a new number one contender 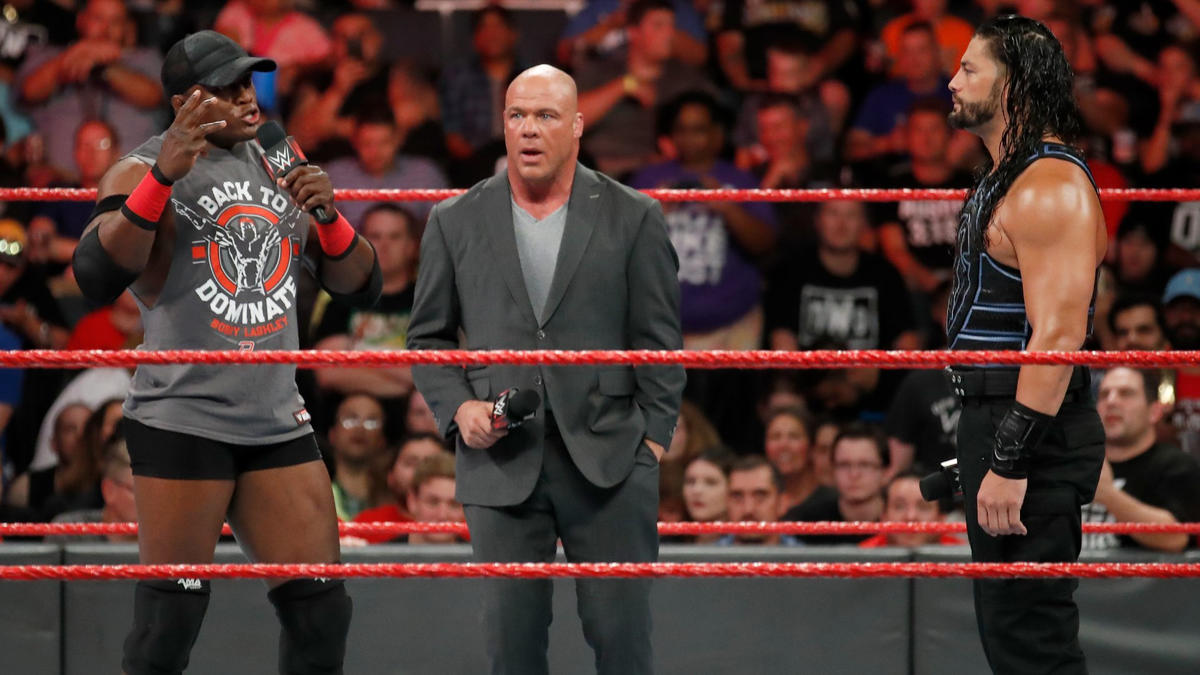 Right now, Kurt’s having a bit of trouble actually determining who the next contender will be, but I trust this situation will work itself out. These things usually fix themselves. At the time of writing, both Bobby Lashley and Roman Reigns want to face Brock Lesnar, and no doubt many other superstars want to fight him as well.

Obviously, Angle is going to want to put all of his worthy competitors in one match and have them duke it out so someone can “earn” the right to face the Beast. I think he needs to stop doing that, because Roman Reigns will probably win, only to choke against Lesnar like he always does. Should Kurt trust the guy who lost to Brock Lesnar in three straight matches? I don’t think so.

I think that if Angle really wants the Universal Championship to return to Raw, he needs to go with a curveball. Perhaps someone who’s never faced Brock before. They might lose, but they also might win. Lesnar has never faced Bobby Lashley, Drew McIntyre, Finn Balor, Baron Corbin, and No Way Jose before. Maybe one of them could be the one to beat him.

Or Kurt could go with the guy who already has a victory over Lesnar: Seth Rollins. Rollins has had a string of great matches, and he could ride that momentum and defeat Lesnar.

If Kurt wants the Universal title on Raw, he needs someone who’s not Roman Reigns to challenge Brock.