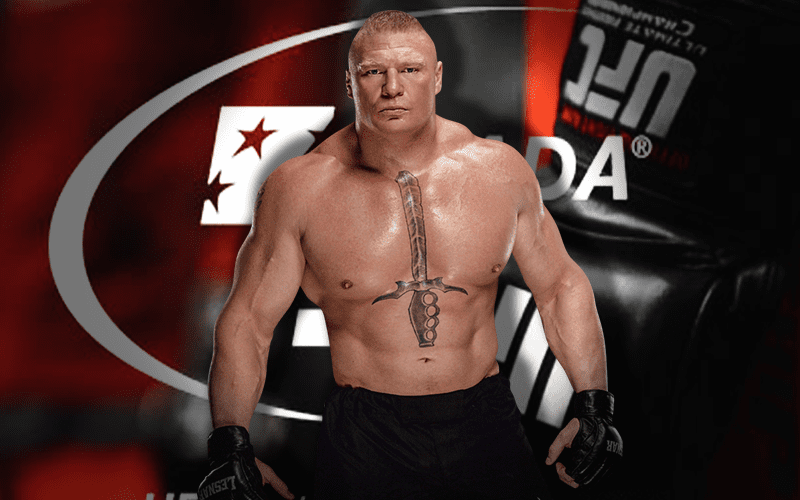 Brock Lesnar could very well be coming back to UFC but he has to re-enter the USADA testing pool first and serve out the rest of his suspension before that can happen.

Bryan Alvarez opened up on Wrestling Observer Live about what he was aware of in regards to Brock Lesnar’s status when it comes to re-entering the drug testing pool so he can fight in the Octagon once again.

“As of right now, there is 0 news of Lesnar being in the USADA testing pool. Now, the final UFC of the year is December 29th and so if he doesn’t re-enter the pool today he cannot fight on that show at the end of the year, he cannot fight in 2018.”

“Now USADA to the best of my knowledge will not reveal when a fighter has entered the testing pool. The fighter himself must make the announcement himself and I don’t think Brock is going to be going around saying he’s in the USADA pool. Now there is a website where you can see who has tested. Virtually all of the names are on there. Sometimes they won’t give a name, they will say so and so contender #1 has been tested that could be Brock.”

“So it’s possible Brock is in the pool we just don’t know about it. To the best of my knowledge as of right now he has not entered the USADA testing pool.”

Of course, Lesnar is still expected to show up at the UFC event on July 7th and challenge the winner of the Heavyweight Title fight. Only time will tell what goes down but it could also be possible Lesnar is gearing up for a fight sometimes in 2019 and he still has plenty of time to get back in the pool before his next fight.