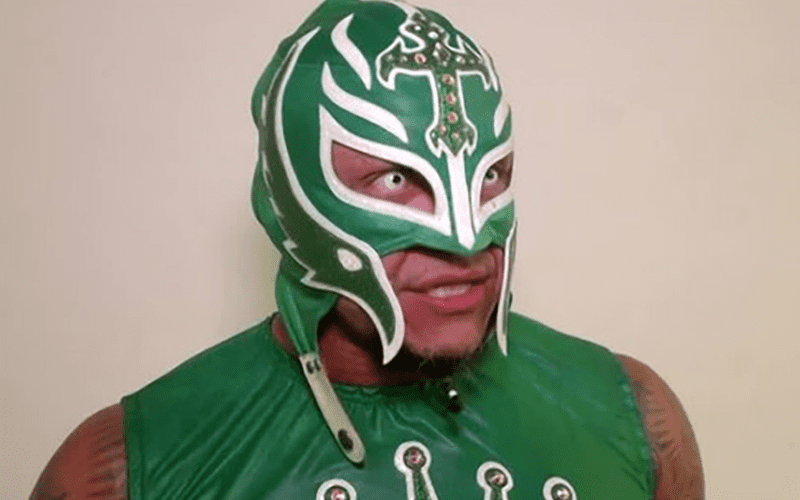 Rey Mysterio’s Royal Rumble return was a one-off but it still broke the internet. He wrestled for New Japan in the time between his 1st Royal Rumble appearance in 2018 and his second in Saudi Arabia, but Mysterio is still very much around.

With Mysterio’s inclusion in the WWE 2k19 video game, it looks like things are getting even closer. But a deal hasn’t been signed yet.

It was noted in the Wrestling Observer Newsletter that Rey Mysterio’s contract is one that WWE will likely announce as soon as the ink dries on the contract. The idea is to get the story out first so WWE can break it instead of the internet wrestling community.

So a new deal with Rey Mysterio and WWE could be on the way. After all, Rey said a 3-year contract was coming during his recent speech when he had a day named after him. We’ll just have to wait and see but we’re probably going to hear it from WWE first if they have anything to say about it.