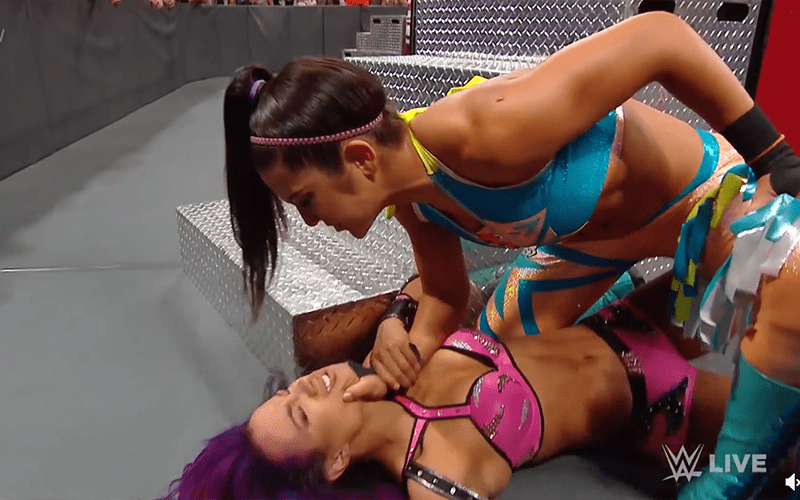 Bayley really let it all out at last night’s RAW when she obliterated Sasha Banks and gave her a beating of a lifetime. The former RAW Women’s Champion had suffered enough of Banks’ ill-treatment and finally snapped.

However, during this segment, Bayley also decided to talk some trash to Banks as she was laid out near the ring apron. While talking trash, Bayley ended up cursing Banks for real and the footage was censored by the WWE.

What did you think about this bold move by Bayley? Let us know in the comments below…