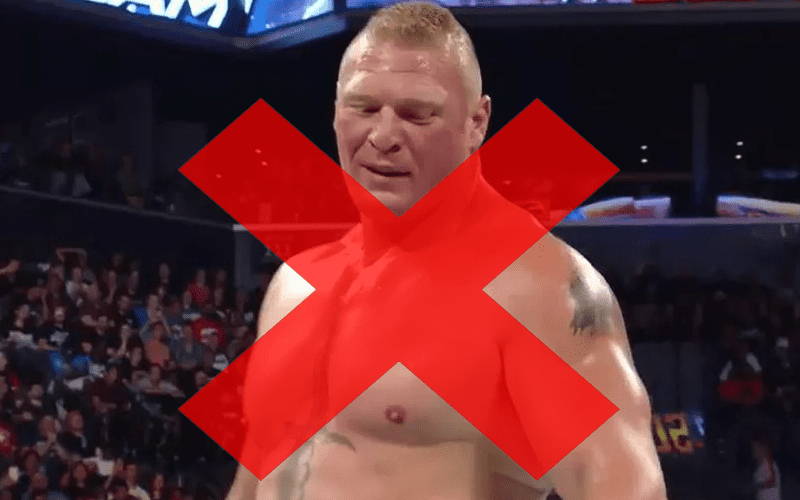 As seen on Monday’s episode of RAW, WWE decided to drop the multi-person match for Extreme Rules where the winner would be Brock Lesnar’s next challenger at SummerSlam.

Mike Johnson discussed this announcement on today’s installment of PWInsider Elite Audio and speculated that Lesnar may not be appearing at SummerSlam this year and they could be building the show around a different attraction.

“Brock Lesnar, obviously they aren’t going to rush into another title match. Maybe they’re just holding him off. Maybe the plan is to not have Brock Lesnar at SummerSlam, like he’s been there the last couple of years. Maybe the idea is to build around another attraction. Ronda Rousey maybe or something else. Maybe the WWE Championship perhaps?”

Johnson speculated that they could be holding off Brock’s return at a later date because he could actually be training for his next UFC fight.

“Maybe they’re going to hold Brock off until Survivor Series or Hell in a Cell? They built up the idea that Brock through Paul Heyman was not returning until he felt there was a challenger deserving of facing him or maybe Brock will go off and find the ultimate opportunity elsewhere. Maybe Brock’s not coming back anytime soon. Maybe he’s training for UFC and they are going to let him walk into the UFC with the WWE Universal Championship. Stranger things have happened.”