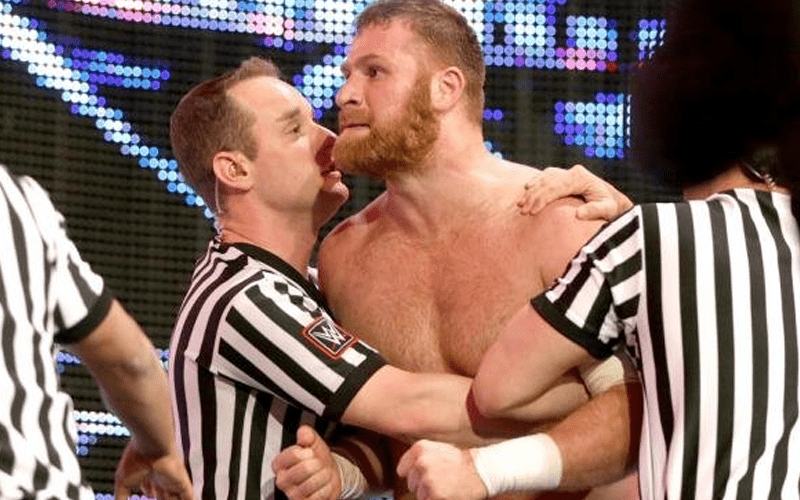 Sami Zayn is Syrian and proud of it. This might have kept him out of The Greatest Royal Rumble but at this time an injury is keeping him out of action.

Just because Sami isn’t able to work in the ring doesn’t mean he’s not keeping up with current politics. He is very invested in a lot of things going on including the current travel ban established by Trump.

One person wrote at Sami Zayn, “Hey Sami, I see you liked that ridiculous and inaccurate tweet by Keith Ellis. Would you let your wife or ids go to any of those 7 countries on a travel ban? I doubt it, so don’t cry when we try to keep them out of our country. We should ban Canadiens too if so naive.”

This obviously didn’t set too well with Sami Zayn and he unloaded on the fan by calling him a “scared little b*tch who fears other countries and cultures.” He also asked him to leave his hockey team out of his future tweets.

Yeah I would because I'm not a scared little bitch who fears other countries and cultures.

Also, leave my hockey team out of your xenophobic ramblings. #Canadiens @ShawnKrueger pic.twitter.com/JjglQhtyAu