Ryback opens today’s show by speaking about the death of Leon “Vader” White.

He points out that he met Vader when he made a surprise return to WWE programming several years ago. He recalls seeing Vader doing the splits in the backstage area as he stretched and warmed up prior to his match, and Ryback remembers being completely surprised by that. He notes that Vader was always very nice to him and it’s too bad that he’s gone at the young age of 63.

Ryback comments on Big Cass’ release from WWE. He points out that nobody knows what really happened between Cass and WWE, and it was probably a combination of things that led to Cass’ release instead of one isolated incident. He notes that Cass and Enzo Amore can certainly have a run as a tag team on the indie scene if they choose to because even though their career in WWE was short-lived, they still made a name for themselves there. 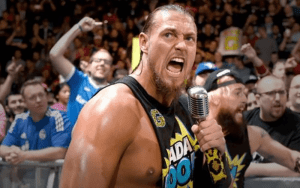 Rumours are circulating that Big Cass may have been drinking during one of WWE’s recent European tours, and that led to some issues. Ryback informs that there is usually a lot of drinking during those European tours, but as long as everyone stays civil there are no issues. He can recall seeing some guys drink from top to bottom during those tours while he worked for WWE.

Another rumour is circulating that Cass took issue with having to take part in rehearsals. Ryback notes that no performer likes rehearsing, but that’s part of the job. When you show up to the building each day you’re working, and rehearsals are one part of that work.