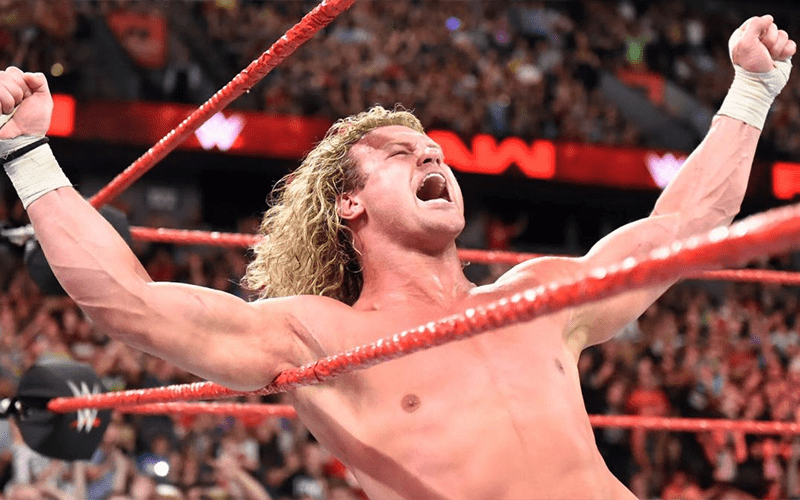 While discussing the RAW main event match this week between Dolph Ziggler & Seth Rollins during the latest installment of PWInsider Elite Audio, Mike Johnson discussed Ziggler’s current booking with the company and his contract status.

According to Johnson, WWE appears to be giving Ziggler somewhat after this latest attempt to reboot his character. Johnson pointed out that Ziggler’s deal with the company runs up later this summer and suggested that the company could giving him another push as an attempt to persuade Ziggler to stick around longer without tossing him to the side after he signs a contract.

“They have done a good job of resurrecting Dolph Ziggler the last couple of weeks. I give a big praise and all that to Drew McIntyre. Obviously McIntyre was put with Ziggler with a plan. Whether the plan was to get him into the Intercontinental Championship or not, I don’t know. I got to tell you, I really sincerely think they have done a nice job. I looked at Dolph Ziggler for a long, long time as scorched earth but after a performance like.”

“I don’t know how WWE will follow up on this but if they are smart, they’re well on their way of finally after so many years rebooting Dolph Ziggler and getting him into a position of prominence. Now what’s interesting is Ziggler’s deal is up later this summer. If they are going to invest in Dolph and get him to re-up with this company, now is the time to do it. Hopefully this is a case where they are going to sincerely push him and they are going to finally make him the asset he’s always been for that company and kinda overlooked. Instead of being overlooked by the company, it’s not a case of lets use him now and get him locked in and once he signs paper to pencil we can toss him to the waste side again.”