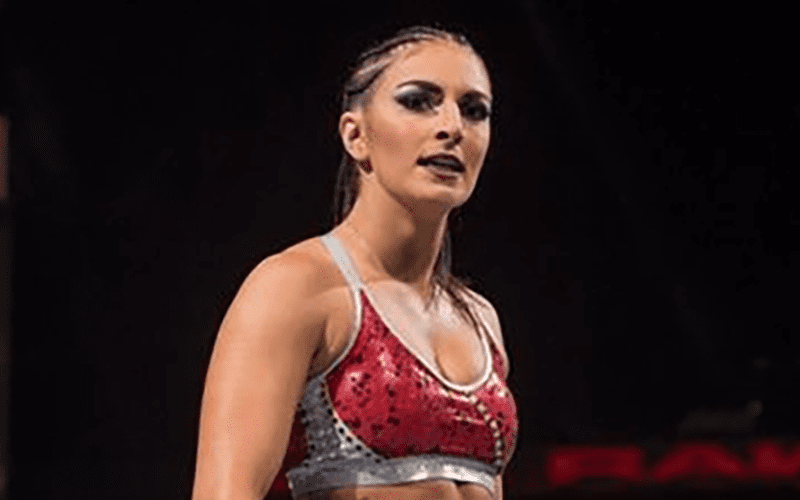 SmackDown Live Superstar Sonya Deville was signed to her WWE contract back in 2015, subsequently debuting on the main roster on November 20, 2017. There she and real-life best friend Mandy Rose would align with a returning Paige to form Absolution.

In April of 2018, Paige announced her retirement from in-ring competition. As Paige took on the role of SmackDown Live General Manager, both Deville and Rose were sent from RAW to SmackDown to join her- but as competitors.

Since her main roster debut, Deville has continued to gain a fanbase. Fans adore her for her character, skills in the ring and her role in the LGBTQ+ community- as Deville herself is in a relationship with former WWE talent Zahra Schreiber.

Over the past couple of hours, Deville has been opening up on her Twitter account about a fake account that claims to be her. The account in question uses the same profile picture, header, name and the handle (The @) looks identical.

ATTENTION! There is a fake Sonya Deville account that some how has the same twitter handle as me just no blue check mark! IF THERES NO CHECK MARK IT IS NOT ME! Do not donate any money please!

As Twitter handles are unique to each account specifically, one fan took it upon themselves to investigate why the fake account had an identical handle. As it turns out, while Deville’s handle is @SonyaDevilleWWE, the fake account has their handle as @SonyaDEViLlE. This means for most users, it shows up the same for both accounts.

As an extra measure to assure fans what to look out for, Deville took a snapshot from her phone showing the fake account, which boasts less than 200 followers. The account, however, is following over 1, 300 accounts. This does not match Deville, who is following 591 accounts at the time of writing.

This is the imposter profile! Do not donate money this is not me! Let’s get this one shut down folks! pic.twitter.com/2JzrpajJW2

In doing our own investigation, we noticed that the fake account has tweeted out over 100 times, but each of these tweets is a retweet of something Deville has tweeted or retweeted. There are no original tweets on the account.

In fact, the user retweeted the comments made by Deville about themselves being an imposter or fake. We aren’t sure if this is a roleplay account or someone with an intent to harm, but so far it doesn’t appear the user is requesting for any money.