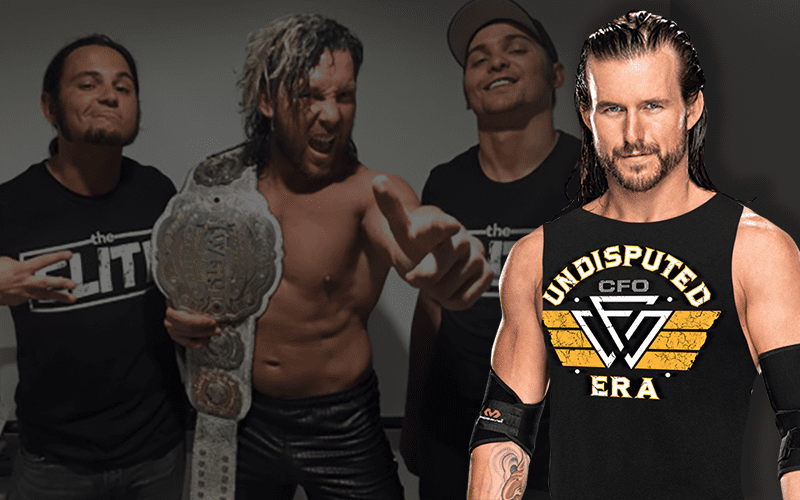 During his time on the independent scene, Cole was a member of the Ring of Honor roster. There, it was confirmed on May 8, 2016, that the “Panama City Playboy” was a member of the Bullet Club. He would remain in the group until May 12, 2017, when he was kicked out of Bullet Club by Kenny Omega and The Young Bucks during the War of the Worlds tour after losing to New Japan Pro Wrestling star Hiroshi Tanahashi.

The reason for this was due to Cole signing with WWE. As many will recall, Cole made his debut alongside Bobby Fish and Kyle O’Reilly where the three would become The Undisputed Era. Most recently, likely due to the injury Fish is dealing with, Roderick Strong joined the group.

“If you sit around and wait for things to happen, they’re not going to happen the way you want. When I look at my wrestling career when I first started, I was the guy who did anything he could just to get on every wrestling card he possibly could. I drove as far as I could, I flew when I could, I picked the brains of guys with more experience than me. For me, when I want something, I make sure I do everything in my power to get that.”

During an interview with Sports Illustrated, Cole was asked about Omega and The Young Bucks potentially joining The Undisputed Era if they ever sign with NXT/WWE. Cole revealed he would seemingly be all for it.

“Those guys would fit perfectly in the Undisputed Era. They’re exactly what the Undisputed Era is all about: cutting-edge, going against the grain, doing what they want when they want. Obviously, a lot of people know my history with Kenny Omega, and I have a very long history with the Young Bucks, and those guys would fit perfectly. It’s like two peas in a pod.”

Cole was also asked about his upcoming EVOLVE match against WALTER for the NXT North American Championship.

“I would be lying if I said WALTER is not an extremely talented, tough, strong professional wrestler. There is a reason I’m defending this title against him. I know how talented he is and I know how dangerous he is, but I’ve fought bigger, I’ve fought tougher, and I’ve won. WALTER is not going to be any different. I’m sure WALTER is going to give me the fight of his life, WALTER is going to push me to my limits, but I’m so used to being pushed to my limit. That’s just what I do. This is the biggest match of his career and it’s a big title defense for me, so we’re going to go at it with everything we have—and I’m fully confident that, when it’s over, Adam Cole is still going to be NXT North American champion.”