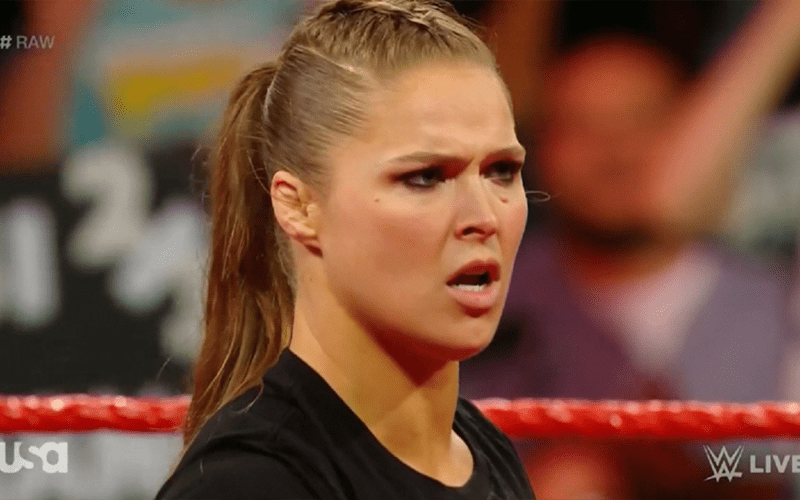 It was reported earlier this week that Ronda Rousey was scheduled for 7 dates during her 30-day suspension storyline, with three of them being RAW tapings. WWE has now pulled her from next week’s RAW in San Diego.

Below is the updated list of dates she is scheduled for during her “suspension.”

There is speculation that Ronda is working a limited schedule so that she has time to make media appearances for her UFC Hall of Fame induction.