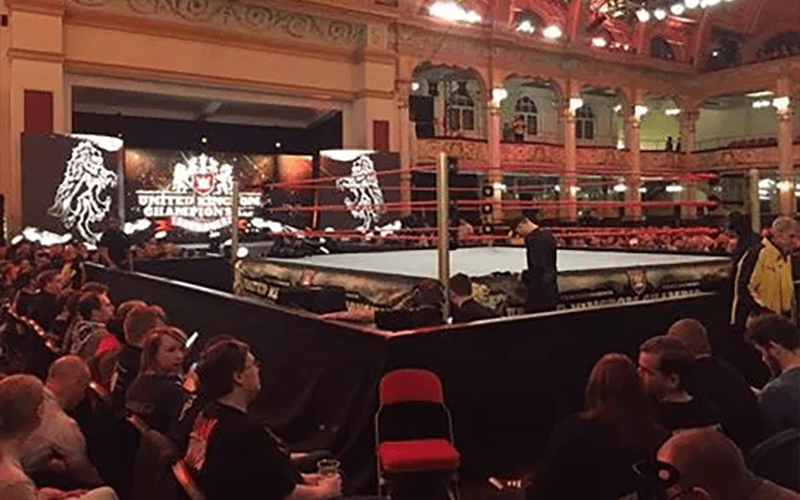 Earlier this week, Triple H and the NXT roster traveled to the UK for the WWE UK Championship Tournament tapings- which featured a number of interesting matches and the tournament itself.

The Royal Albert Hall is a prestigious venue over in the UK, with a seating capacity of roughly 5, 500. With broadcast equipment, there is an expectation that numbers go down to fit in room. However, WWE only managed to sell roughly 2, 200 tickets for the first day of the tournament. This isn’t even half the seating capacity.

While WWE may have played around with seating so the arena seemed more filled, there was said to be a lack of attendees. The reason for this is the ongoing World Cup. On the first day of the tournament, England faced off against Tunisia, which had a TV audience of approximately 18.3 million people and a 69% TV share.

As Dave Meltzer explains, a card with few notable wrestling names against a huge international event such as the World Cup would result in a lower attendance rate. There was some backlash for those comments when they were initially said, but Meltzer was proved right here.

The second night reportedly saw more tickets sold, but there was nowhere near enough to call the event a sell-out. The ticket prices were also said to have been a factor in attendance rates, as well.

In the end, we have heard WWE gave out a bunch of complimentary seats to people wanting to come see the show but were unable to pay the advertised prices.

It remains to be seen if this will have any effect on the production of the new NXT UK brand, which is introducing a number of new Championships to WWE. Click the following link for more information on that.

What are your thoughts on this? Is it a bad sign for the NXT UK brand? Sound off in the comments below.