Ross opens today’s show by speaking about the death of Leon ‘Vader’ White.

Ross says that Vader was arguably the most athletic super-heavyweight of all time. He notes that there have been very few 400-pound performers in the history of the business who could execute dropkicks and moonsaults. He recalls seeing White as a young performer when he was just starting his career, and Ross knew at that time that if White could get a grasp on the business’ psychology he’d be a great talent for a long time. 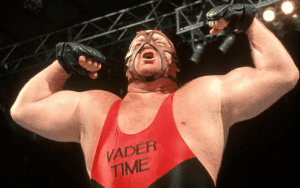 Years later Ross recalls seeing Vader wrestle a match with Stan Hansen in Japan. During that bout Vader’s eye actually popped out of its socket, and Ross was mesmerized by that. He thought it made for great television and since he was a member of the booking committee in WCW at that time, he decided to try to bring Vader in.

Ross thought Vader had a lot of great matches throughout his career, and thought his feud with Shawn Michaels in WWE was very good. He recalls Vader getting lost backstage during RAW one night, ultimately finding himself under the stage with all the pyrotechnics. When all the pyro went off for the next match Leon stumbled out from under the stage grasping his chest saying the pyro was so loud that it stopped his heart and he had to pound his chest to make it start beating again. Ross notes that Vader was always an entertainer.