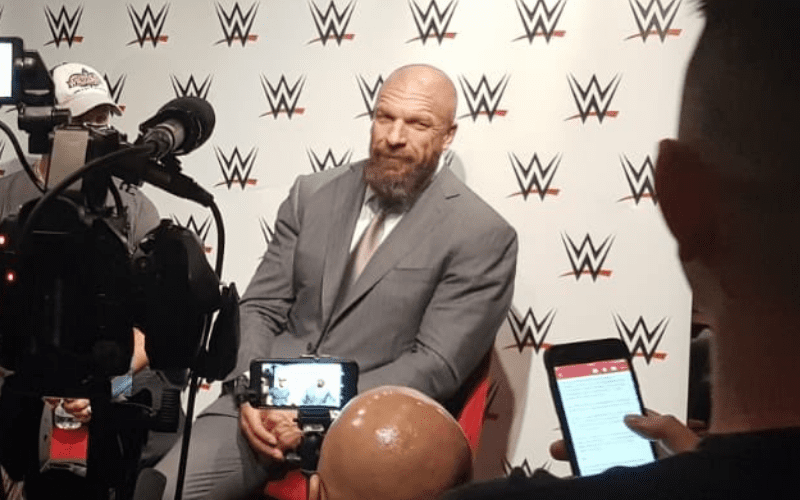 It is safe to say fans have vastly different opinions on WWE and NXT. Over the past few years, NXT has become increasingly relevant to WWE fans- as evidenced by larger audiences at TakeOver events, increased viewing on the WWE Network and the introduction of NXT talent to the main roster becoming more obvious as time goes on.

During an interview with Give Me Sport while promoting the WWE UK Championship, Triple H revealed that he is open to a crossover show between WWE and NXT. This proverbial show would be a pay-per-view, featuring Superstars from the main roster competing against those in developmental.

It is unclear how H would envision such a crossover pay-per-view, but one option considered by many fans and figureheads in the past is a twist on the Survivor Series format, where WWE would shake up the traditional RAW vs. SmackDown format to have RAW and SmackDown (main roster) vs. NXT.

In addition to this, based on previous comments 16-time World Champion John Cena made during a MegaCon appearance, H and WWE Hall of Famer Shawn Michaels believe Cena would be open to working with NXT for absolutely no money. This would be Cena’s way of taking on the talent of the future head-on, without expecting anything but gratitude in return.

“But crisscrossing all of that and having them be a part of each other at the same time – look, we’ve seen guys come down and work in NXT before, or move over and work with Vince. That’s not beyond the realm of possibility if someone wants to do it.”

“Look, if John Cena comes to me and goes ‘I have to do this at the next TakeOver with this person,’ I’m like ‘Alright if I have to put you on there, I will.”

What crossover matches featuring the current rosters would most interest you? Sound off in the comments below.