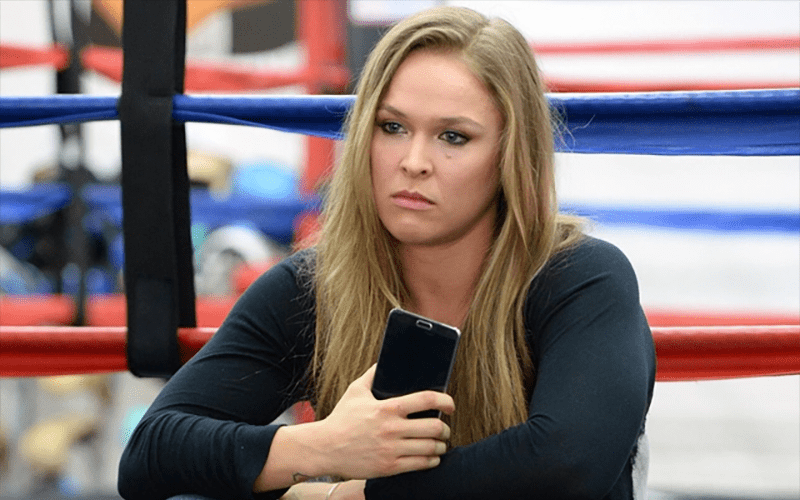 Ronda Rousey only debuted with WWE back in January after Asuka had won the first-ever women’s Royal Rumble match at the Royal Rumble pay-per-view. She signaled her intentions for WrestleMania 34 and would eventually go on to team with Kurt Angle in a victorious effort against Triple H and Stephanie McMahon.

The RAW Superstar, while currently suspended, has had a terrific start to her year. With one tag team victory and one victory singles via disqualification under her belt, it seems she is on a collision course with RAW Women’s Champion Alexa Bliss at SummerSlam later this year.

Her first impressions with the WWE Universe in a physical capacity came during WrestleMania 34. According to Triple H in an interview with Give Me Sports, Rousey almost didn’t make it to the grandest stage of them all.

H claimed Rousey had food poisoning while prepping for the match at WrestleMania. Despite being ill, she turned up in Orlando hours after her condition was revealed so she could train. He credits her as being very determined and refused to stop training despite the shape she was in. H says he had to personally stop the session in order for Rousey to get some rest before the big day.

As we’ve seen, Rousey is dedicated to her role on WWE television, while balancing other projects in her life such as her upcoming induction into the UFC Hall of Fame, her Shark Week special and her movies.

Upon hearing this, what are your thoughts? Did you ever anticipate Rousey would be sick heading into WrestleMania? Sound off in the comments below.