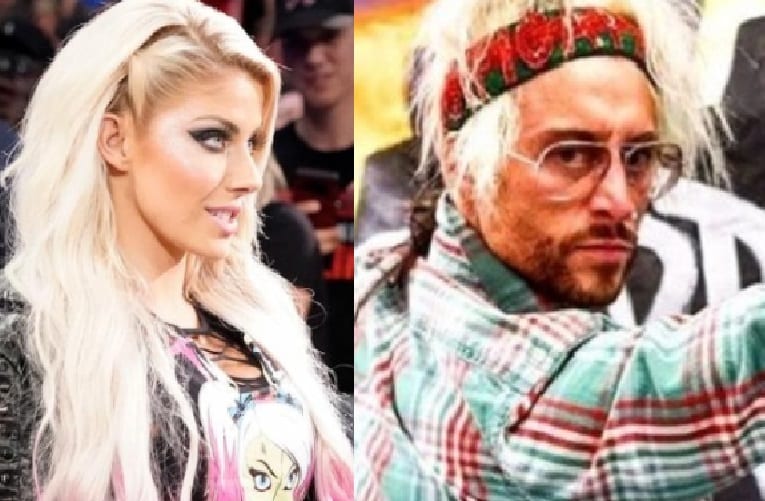 Enzo Amore had a lot of things lined up for him in WWE when he was released after some awful allegations came out about him.

Amore was palling around with Nia Jax just before the time of his release and since he was let go from the company we’ll never really know where that story was supposed to be headed.

But Real1 opened up to the Store Horsemen podcast about this angle with Nia Jax and apparently, there was going to be something very interesting going on down the line that only he knew about because Vince McMahon told him what was going to happen.

“I was getting so much heat it was awesome that people probably won’t appreciate it until five, ten years from now. Like a babyface transition that I made and on a marketing level too it was crazy and Vince wanted me in that grey area though. He didn’t want me full-blown. He had plans to make me full-blown that nobody else knew about, not even the other people that were involved in it.”

“I mean look at that Nia/Alexa Bliss WrestleMania blow-off. What do you think was gonna happen? How else could I get full-blown heat? Enzo Amore with the grey area trying to get full-blown heel real, real fucking heat. How do you do that? I’m using Nia as a heater to keep my title and I get caught hooking up with her best friend backstage. Bang, that’s how you do it. Nia didn’t know that. Alexa didn’t know it. I knew that because Vince told me.”

Enzo Amore said he was going to build Nia Jax up like the next Chyna and drop her for Alexa Bliss. This would have really given Nia and Alexa’s WrestleMania storyline a lot more to work with.