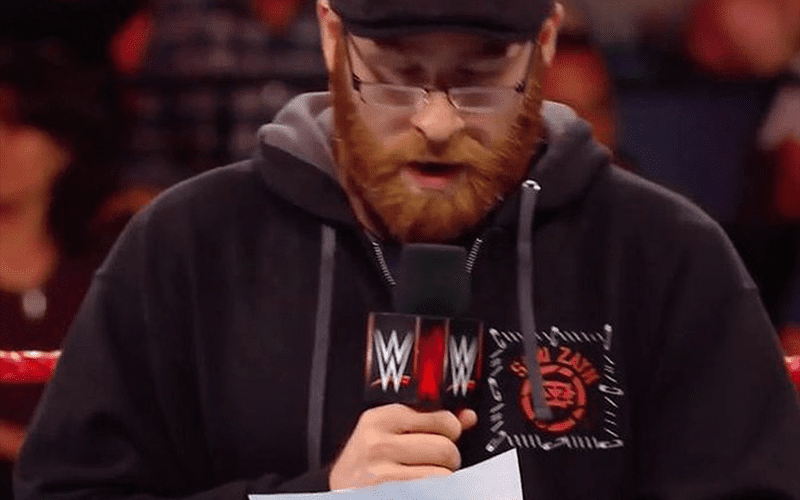 Bobby Lashley took care of Sami Zayn at Money In The Bank but during the program leading to the big match, Zayn hosted a segment that wasn’t received well at all. Sami brought out 3 men dressed as women who claimed to be Bobby Lashley’s sisters. Then Lashley ended up squashing all three cross-dressing men.

Mike Johnson said on PW Insider Elite audio that WWE tried to distance themselves from this segment afterward in many ways. They stopped referencing it on commentary and even had Sami read an apology letter on Raw. But as funny as Zayn made it sounds, apparently that apology letter was handed down from the top.

“Zayn read something that I was told was pretty much a letter pretty much dictated to him from WWE corporate so he could take the heat and they could all get out of there.”

So as bad as an idea to have three men dress up like women and get squashed sounds, WWE did it anyway. Then they had to give Sami Zayn something to read distancing themselves from the socially irresponsible incident. But in the end, it didn’t wind up helping Zayn and Lashley’s feud at all.