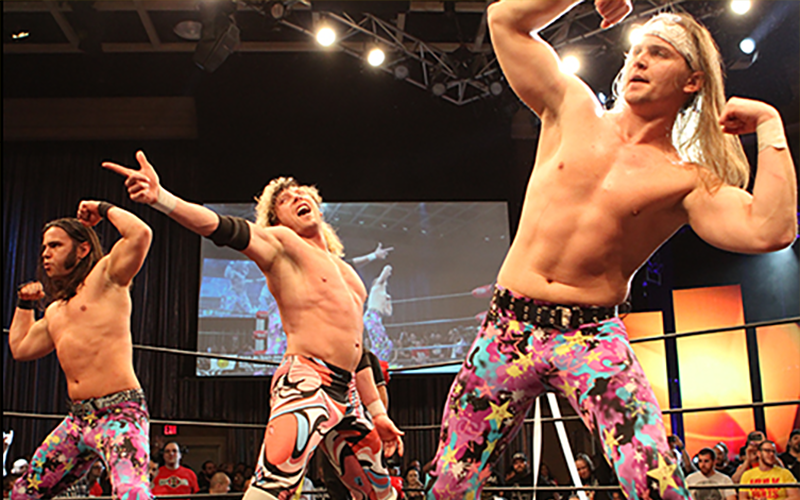 During the latest installment of PWInsider Elite Audio, a reader wrote in and asked if WWE will make a play to sign Bullet Club members next year, when the contracts of Kenny Omega & The Young Bucks are rumored to expire.

Johnson speculated that WWE will make a play to sign them but it will rely heavily on what sort of offer comes there way. Johnson pointed out how right now The Young Bucks make decent money without WWE and have the freedom to still have a normal life outside of professional wrestling.

“I think WWE is going to make a run for them. I would be shocked if WWE did not and I think that if you’re a good business person and you want to get the best talent in the world for your company — it just makes sense that you’re going to try to go after Kenny Omega, Nick & Matt Jackson, ect. Whether or not that means WWE will get them? I do not know. It’s not just about who’s going to offer me [Bullet Club] money.”

‘If WWE offers them 500 grand, they’re going to need to work their asses off so WWE makes more than 500 grand a year off of them. Which means a lot of traveling around the world, a lot of bumps, a lot of promotional appearances and so forth. Especially in the case of Nick & Matt Jackson who have young families. Right now they are able to make a healthy salary just off of Ring of Honor. Then you add in their New Japan stuff. Then you add in their Pro Wrestling Tees stuff. Then you add any indie or international bookings they are willing to take. They’re making great money and they can pick and choose when they want to be home with their wives and children. You have to balance that out with happiness and life. How much money do you really need to be happy?”