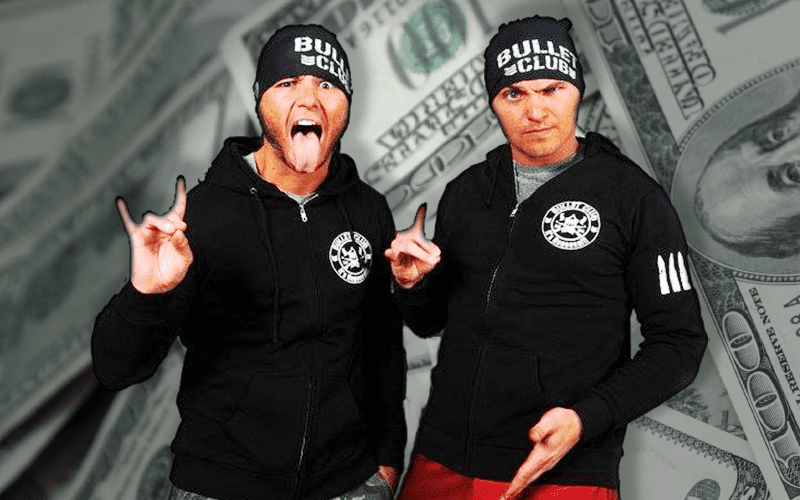 After the Dominion show, Kenny Omega and the Young Bucks said their new name was The Golden Elite. Kota Ibushi is also part of the stable as Omega’s partner and they broke out new t-shirts in the process.

The Wrestling Observer Newsletter noted that the Golden Elite t-shirts broke an all-time sales record over the next day for Pro Wrestling Tees. The shirt is now the fastest-selling in the history of the website.

With all the royalty money the Young Bucks and Kenny Omega are bringing in it might make it even more difficult for WWE to strike a deal when the time comes to talk.