X-Pac comments on the Okada/Omega match from NJPW’s recent Dominion show. Running almost 70 minutes in length, X-Pac thought this match featured some “next-level stuff”. He calls bullshit on people who claim there’s no psychology in these kind of matches, noting that these two men told a great story during this match. He also thought it was smart of NJPW to have Okada hold the Title as long as he did.

He thought Jericho and Naito had a terrific match as well. He points out that Jericho is so good at reinventing himself; possibly the best all time in that sense. He thought these two men laid out a great plot for this match and told an excellent story. He thinks Jericho has better in-ring chemistry wth Naito than Omega, and he thinks Omega has better chemistry with Okada than Jericho. 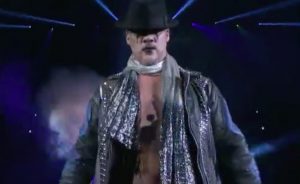 X-Pac agrees with Dana White’s opinions of the CM Punk/Mike Jackson fight at UFC 225. White was critical of Jackson, feeling that Jackson could have and probably should have finished that fight before the 3-round limit. X-Pac feels that Punks court case against WWE’s doctor, Dr. Amann certainly affected Punk’s ability to focus on training.

Corey Graves lashed out at Punk on Twitter after this fight, and X-Pac thought these tweets were a bad look on Graves at first. However, after reading it more and giving it some time he began to see Graves’ point of view a bit more. Emotions were clearly running high and Graves said what he felt, so X-Pac doesn’t have a problem with that.