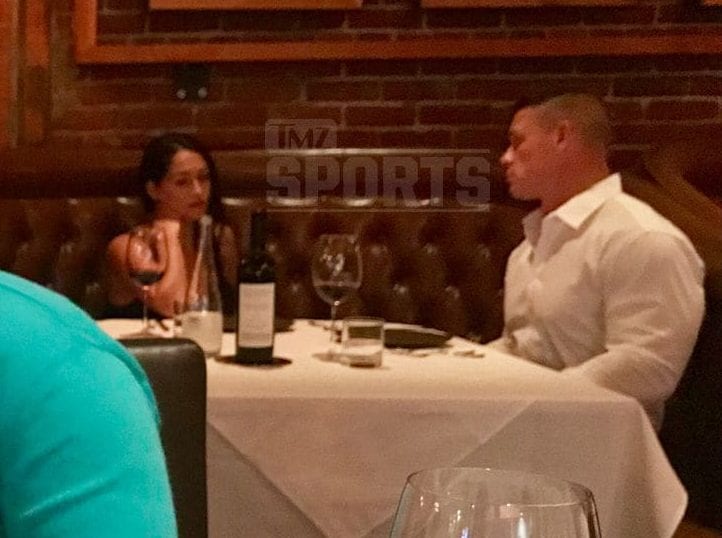 John Cena & Nikki Bella were spotted at The Cowboy Star Restaurant in San Diego this past Tuesday having dinner.

Witnesses told TMZ that their conversation looked intense during the entire meal. As noted, the two have been trying to work things out since Nikki called off their engagement back in April. Cena has begged to get her back but they haven’t announced a reconciliation yet.