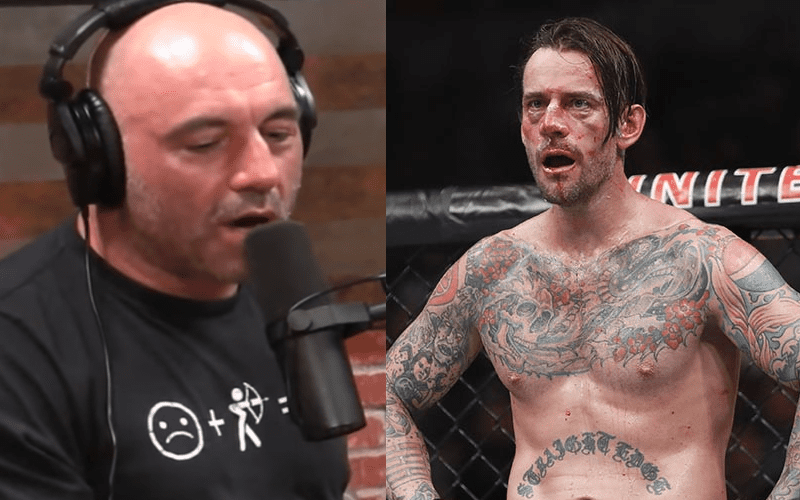 UFC commentator Joe Rogan discussed CM Punk’s UFC fight against Mike Jackson from this past weekend and was very critical of the former WWE Superstar’s performance.

“He’s a very nice guy and he’s a hard worker, but he does not have athletic talent. He’s missing, he’s a showman and when he was in the WWE he was allowed to say, ‘I am the f***ing man’ and throw his hand up in the air and say he is the man and they had it scripted so that he was the man. When you’re in there with a guy like Mike Jackson, who had zero fear of him and was just so casual, popping him in the face anytime he wanted to, he literally could’ve stopped him anytime. If he got angry and wanted to stop him, he could’ve at any point in the fight.”

Rogan continued to discuss Punk’s poor performance. You can listen to his remarks embedded in the audio below.