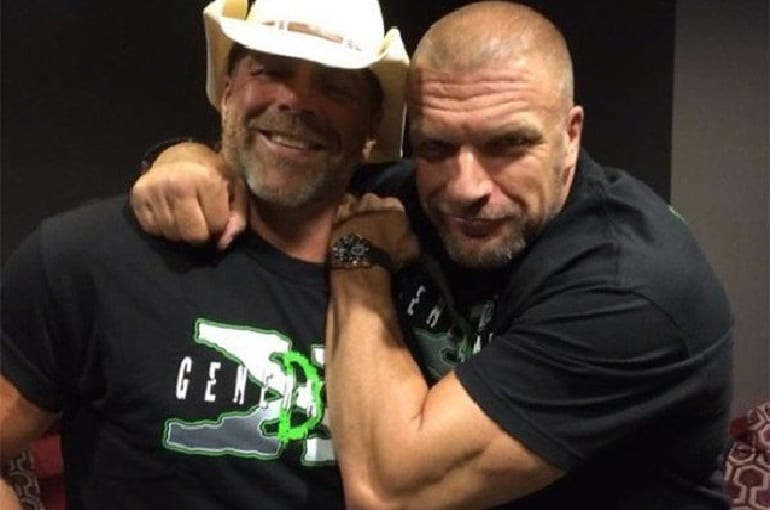 Shawn Michaels hasn’t wrestled a match in a very long time and despite people wanting him to make a return, the best WWE could do was to convince him to be a coach at the WWE Performance Center.

But Michaels recently threw out some names of people he would like to face such as Johnny Gargano, Daniel Bryan, and AJ Styles. This caused plenty of fans to get very hopeful for an in-ring return of HBK.

But during the TakeOver conference call today, Triple H addressed these rumors where he said that you’d have to ask Shawn directly to get a real answer to that question. Then Triple H told people that if they wanted to ask Michaels then they could “TMZ” him at the airport although that might result in a Superkick. But HBK isn’t likely to do a conference call.

It might be only a matter of time before WWE sees HBK make a return. But at this point, it seems like Triple H is being pretty coy with his answer.