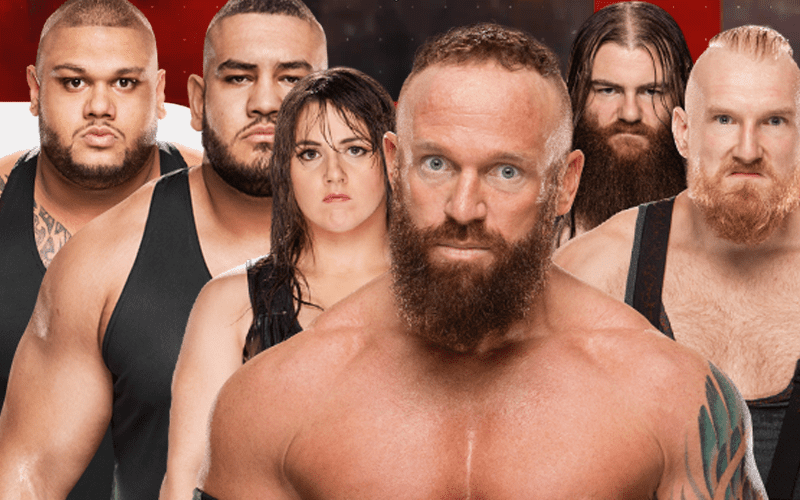 WWE looked like they were gearing to put on a pretty big Money In The Bank pay-per-view this year with a brand new match. They aired promos for some tag teams talking about a Money In The Bank match but apparently it isn’t going down like that.

Bryan Alvarez opened up on Wrestling Observer Live where he not only confirmed that WWE did have plans for this new MITB match, but the cancellation of this match’s plan could have delayed other storylines for two recent NXT call-ups.

“I know that there are reports out there that one of them is having a Visa issue which I presume is true. But the other thing about the Authors Of Pain is they were called up, SAnitY was called up — SAnitY might have had a trademark issue or something like that.”

Alvarez also said they filmed all of the promos for the tag team Money In The Bank ladder match but they figured they would just announce it later. When the time came it was decided that they wouldn’t be doing a tag team MITB match this year.

When the tag team Money In The Bank match was canceled, it delayed the Authors Of Pain’s real involvement on the roster. This is just another example of WWE changing their mind.