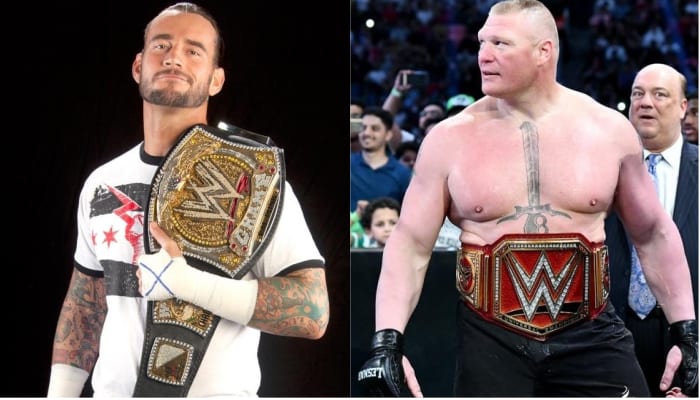 In a pretty big form of irony, Brock Lesnar officially tied CM Punk’s record as WWE Champion on the day after Punk’s 2nd loss in UFC.

Punk held the WWE Championship for 434 days from November 20, 2011, to January 27, 2013. At this point, Brock Lesnar since winning the WWE Universal TItle has held his title for 435 days and counting.

We saw this coming, but it’s officially here and the timing is strange yet again when it comes to WWE and CM Punk.