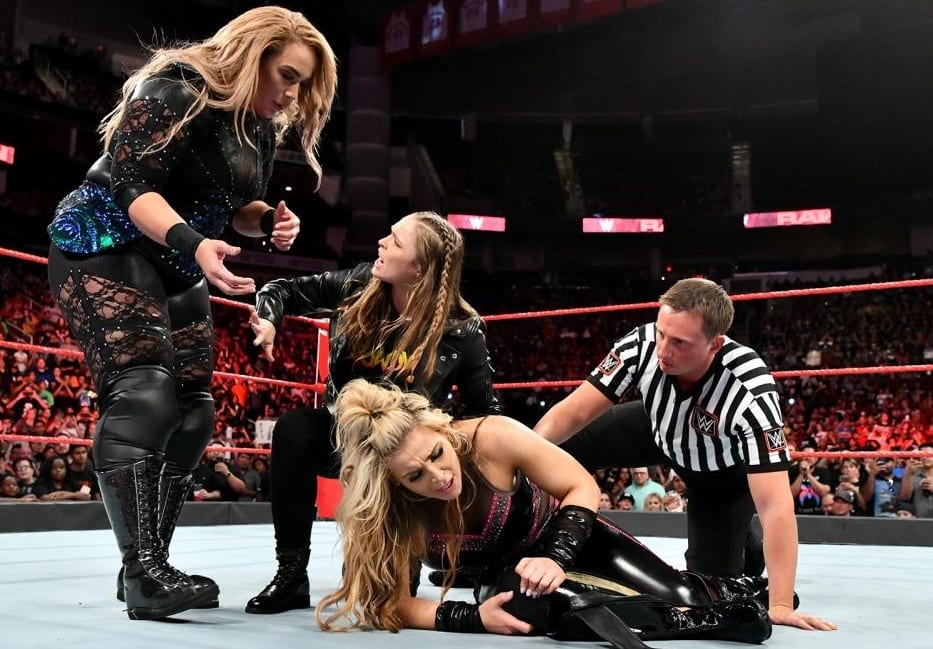 Ronda Rousey went out to the announce table during Raw this week and didn’t really say much. She seemed out of place and irritated. Dave Meltzer confirmed this as well on Wrestling Observer Radio.

“So the Ronda thing was evidently scripted and that’s probably why the announcers went back and asked the same question twice. Several people have remarked who are in there and everything that it was very bad judgment putting Ronda in there scripted and clearly she wasn’t, I mean she was so standoffish.”

“She was the wrong Ronda. I mean you can tell she’s not a good actress. When she’s not happy you can see right through it and it was bad creative to sit her there for 11 minutes and have nothing to say except ‘my husband does that.’ It’s like whatever.”

WWE might need to start booking Rousey a little differently from this point on.