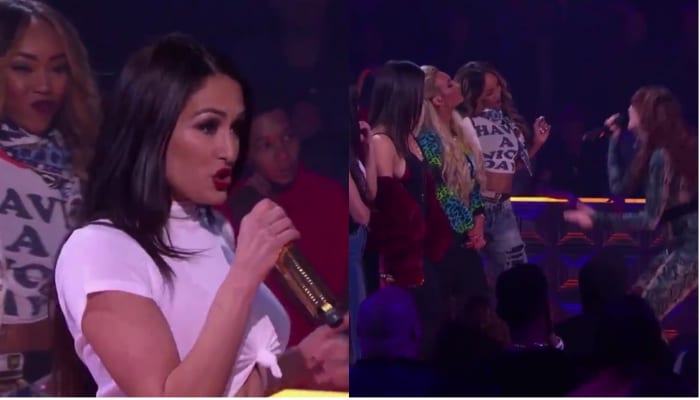 Some WWE Superstars are going to battle the ladies from Netflix’s GLOW on Drop The Mic this Sunday and judging by the previews it didn’t go very well for the women from WWE.

I’m not going to throw shade at the rap skills of Alicia Fox or the Bella Twins but you can watch the clip and see for yourselves. It’s not very pretty but it should still make for great television. They’re the only ones highlighted on the clip as well even though Charlotte Flair took a pretty serious shot in the preview too.

It’s also kind of not fair seeing how Kate Nash was there and she’s actually an award-winning musician so her timing was on point. We’ll just have to see what kind of stuff they left out of this short clip to really tell how it all goes down, but the WWE Superstars might have been schooled a little bit on Drop The Mic.

These @WWE Superstars come and try to lay the SMACKDOWN on the ladies of @GlowNetflix this SUNDAY @ 10:30/9:30c! pic.twitter.com/CJIelPTqRD